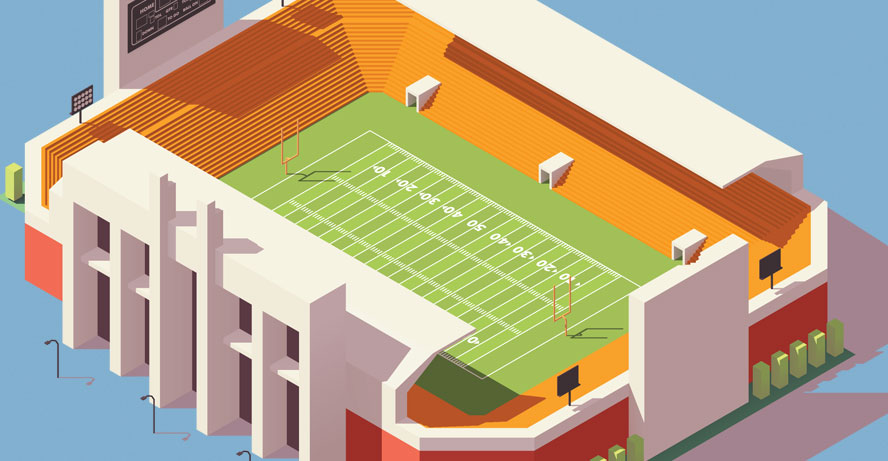 Seahawks vs Falcons – No, this isn’t a synopsis of an Alfred Hitchcock’s movie. What we’re talking about is one of the most exciting games from Week 1 of the new NFL season!

The angry birds from Atlanta are hosting the game before 71,000 empty seats of the Mercedes-Benz Stadium. For the first time ever, this venue will feature no fans in an NFL game. Will the absence of their loyal fans have a negative impact on the Falcons? Can the Seahawks take advantage of the situation?

Those are the questions we’ll try to answer in our Seahawks vs Falcons betting preview!

Seattle Seahawks are considered one of the dark horses of the NFL, with pretty decent chances of making it to the Playoffs. Atlanta Falcons are not.

Still, this is the first game of the season for both teams, so we still don’t know much about their forms. Furthermore, neither team had a proper preseason due to the COVID-19 crisis. In fact, the last time Atlanta Falcons played a competitive football game was in 2019.

The COVID-19 pandemic is also the reason why Falcons are going to have no fans to support them from the stands of their stadium. At least, not for the time being, although fans could be allowed back in soon.

The Mercedes-Benz Stadium in Atlanta, GA was the place where Seahawks beat Falcons 27-20 the last time these two teams met. It happened last October when NFL fans witnessed a brilliant performance of the Wilson-Metcalf partnership.

MyBookie.ag, for instance, is giving +850 on Russell Wilson winning the 2020 MVP award (regular season). There are only two players who have better chances, namely, Patrick Mahomes of the Kansas City Chiefs and Lamar Jackson of the Baltimore Ravens.

When it comes to betting on wide receivers, DK Metcalf is one of the top 10 candidates for getting the most receiving yards in the 2020 season with +1600. On Sunday, however, we’re going to see a wide receiver on the field who’s an even bigger favorite. Atlanta Falcons WR Julio Jones is the man in question, with the odds of +1200.

Does Matt Ryan Still Have Something to Offer?

Even though he has many accolades in his portfolio, Atlanta’s QB Matt Ryan hasn’t had a .500 record in recent times. Last season, he failed to lead his team to the postseason, with Falcons finishing in #10 in the NFC.

He’s been with the Falcons his entire professional career, which started in 2008. Over the years, he made it to the Pro Bowl on four occasions, the most recent one being in 2016. The same year, Ryan achieved the greatest achievement in his career – winning the 2016 MVP award. However, since then, it seems that his career has followed a downward path.

Still, a QB does not make up the entire team, luckily for the Falcons. Matt Ryan will have some super-talented teammates to count on, starting with Julio Jones, his favorite passing partner. Then, there’s also Calvin Ridley, another promising wide receiver, as well as Falcons’ recent signing, running back Todd Gurley.

There’s no doubt Seattle Seahawks are the favorites in this matchup. They are, simply put, the better team. However, this is not going to be an easy game for them. Whether they will be able to cover the spread remains a big question.

When it comes to the Falcons, they definitely have some seriously talented players in their offense. That is why you may wish to go with Over 49 in this game.