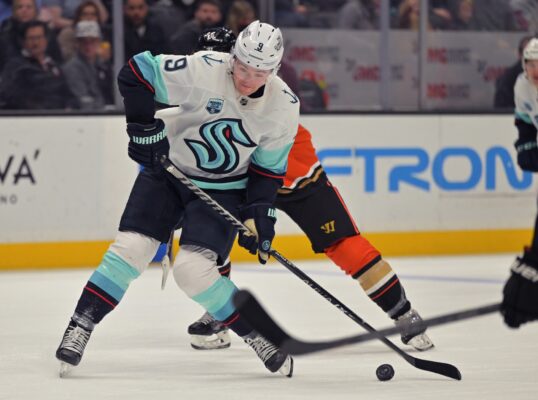 If you’re looking for the latest Sharks vs Kraken prediction and odds, then look no further than Vegas Odds.

An interesting fixture will take place on Wednesday, as the Seattle Kraken look to build on their impressive start to the season with an eighth win in eleven games. Meanwhile, the San Jose Sharks will be looking for back-to-back wins in the NHL.

The Seattle Kraken looks to be a serious playoff contender in the Western Conference this term, as they have made a very solid start to the new season. Seattle has won ten of their 18 games this term, with seven of those victories coming in their previous ten games. They have lost just twice in regulation time during that period, and they come into this looking to record a third straight win in the NHL.

The Kraken warmed up for this home fixture with a success at the Climate Pledge Arena against the Los Angeles Kings over the weekend. They were forced to work incredibly hard for that victory, with the Kraken eventually earning the win in overtime. Jared McCann, Daniel Sprong, and Jordan Eberle scored the goals.

It has been a slightly more underwhelming start to the season for the San Jose Sharks, as they sit just sixth in the Pacific Division. They have won seven of their 21 games this term, with eleven of their defeats coming in regulation.

However, the Sharks come into this fixture after picking up a fourth win in their previous ten games. They were excellent in that home fixture against the Ottawa Senators, as they claimed a dominant 5-1 win in front of their own fans. Three of the goals were scored in the second period, with Logan Couture, Noah Gregor, and Tomas Hertl all scoring goals in the win.

Seattle has had extra time to recover following their win against the Kings, and that could be a pivotal factor for this fixture. Therefore, we could see them maintaining their excellent home record with another win on Wednesday.