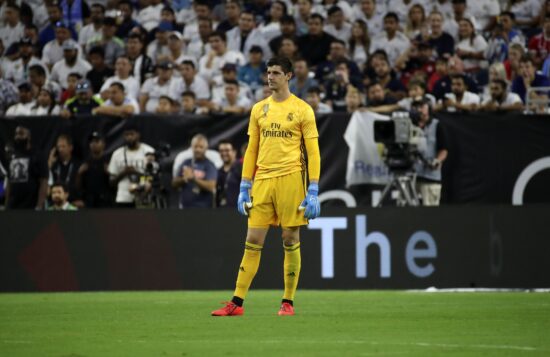 Sheriff Tiraspol is the biggest surprise of this year’s UEFA Champions League. The Moldovan champions defeated the great Real Madrid with a late dagger, creating another sensation.

At the same time, PSG was better than its biggest rival for the UEFA Champions title, Manchester City, with Lionel Messi scoring against his former head coach, Pep Guardiola.

Sheriff Shooting Down the King

The rookies in the UCL debuted in the best possible way. After defeating Shakhtar at home, they went on to beat the biggest club in the world, in his own home. Real Madrid experienced a shocking loss at Santiago Bernabeu, the one which will be remembered for a long time.

Shakhtar went home with all three points, beating the Los Blancos 1-2. The decisive goal came in the final minute of the regulation, with Sebastien Thill hitting the back of the net after a fantastic screamer from outside the box. Previously, Jasurbek Yakhshiboev brought the lead to the guests, and Karim Benzema leveled the score from the penalty in the 65th minute.

This is one of the biggest ever surprises in the UCL because Real stood as a -1000 favorite before the game started.

In the second match of Group D, Shakhtar and Inter Milan played without goals in Kyiv.

The Saints were better than City, 2-0, with Lionel Messi scoring his first goal for the Parisian team. Idrissa Gueye netted after only eight minutes, while Messi ended City’s hopes for a better result in the 74th minute.

In between, the guests from England were better, and had several chances but weren’t able to score. Their pressure at the end of the first halftime indicated that they might even flip the result. They had two crossbar hits in a matter of seconds, one by Raheem Sterling and the other by Bernardo Silva.

Still, as time progressed, PSG became more and more dangerous from counter-attacks, eventually solving this in their favor.

Before this event, these two clubs were the top favorites for winning the UCL trophy, with the same odds +350. We now wait for the bookmakers’ reaction following tonight’s result.

Group A also saw Club Brugge beating RB Leipzig on the road, 1-2, making a big surprise and involving themselves in the race for the next stage.

The Reds were solid favorites before the match at Dragao Stadium, but nobody really expected to see them posting a 1-5 victory over Porto. It seems that Liverpool likes to play against this opponent, as they constantly post big wins when meeting.

We’ve seen their incredible attack in full speed today, as all five goals came from Mane, Salah, and Firminho, the latter two scoring a brace.

In the second match of Group B, Atletico Madrid came back from behind, beating AC Milan with Luis Suarez’s penalty in the seventh minute of the injury time. Antonine Griezmann previously scored an equalizer in the 84th minute.