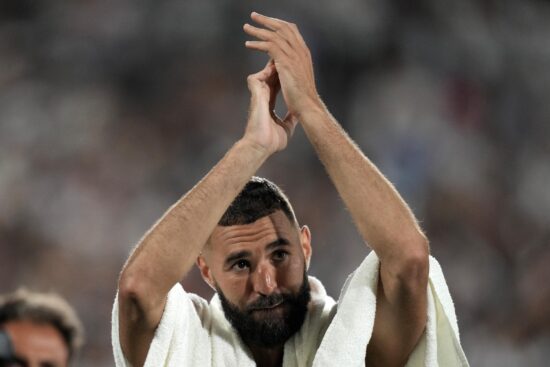 Presented every year since 1956, The Ballon d’Or a.k.a. Golden Ball is the highest individual honor in professional soccer. You can think of it as an MVP award honoring the best player from the previous season.

In the past, however, the soccer MVP award used to be awarded on the basis of players’ performances in the calendar year. Starting with 2022, the award is based on the performances in the entire season (August to July). What this means is that the Ballon d’Or award ceremony, which will be held on October 17, 2022, will recognize the best player in the 2021-22 season.

Another major change is that from now on, the jury will consist of representatives from countries top 100 in the FIFA Rankings. Further, even though the jurors have complete freedom when it comes to voting, there are some new guidelines set up by the organizers. The jury is advised to focus on the player’s output in the 2021-22 season, leaving out his overall career achievements and his reputation.

So, who’s going to get the most votes? Judging by the odds, it’s very likely that it’s going to be Real Madrid’s Karim Benzema.

*Please note – these odds are only available from offshore bookmakers*

Last season, Benzema scored a total of 44 goals, breaking his personal record along the way. Twenty-seven of those goals happened in La Liga, which won him the Trofeo Pichichi – the Spanish top-scorer award.

He also put away 15 goals in the Champions League, winning himself another top-scorer award. Still, his biggest honor came in the form of the UEFA Champions League’s Player of the Season award. The organization recognized Benzema as the crucial element in Real Madrid’s title-winning campaign.

Knowing all this, it seems almost 100% certain that he’s going to win the 22022 Ballon d’Or. Unfortunately, bookmakers know this too, which is why they’re giving incredibly short odds on the Frenchman.

What’s With the Usual Suspects – Messi and Ronaldo?

Lionel Messi holds the record for the most Ballon d’Or wins. The Argentine has seven trophies in his collection, the most recent of which he won last year for his performances in his last season with Barcelona.

Since moving to PSG, he hasn’t been as impressive as during his Barca days. Still, oddsmakers do regard him as a possible candidate for the 2022 Ballon d’Or. He’s currently third in the list of favorites, sitting just behind his PSG teammate Kylian Mbappe.

And what about Messi’s main rival in the soccer GOAT race? Cristiano Ronaldo is the man in question, who holds the record for the most Ballon d’Or nominations. He’s been nominated for the award 17 times, winning it on five occasions. Are we going to see him add a sixth one to his collection? Probably not, at least not this year anyway.