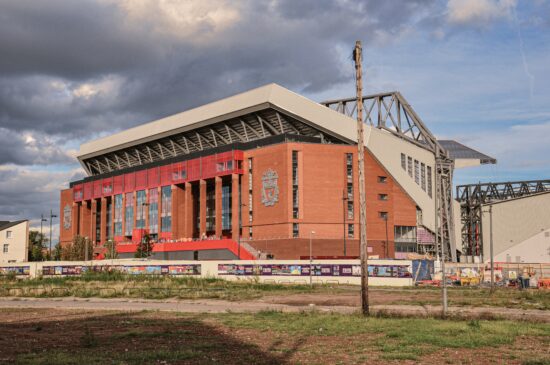 Photo by David Bayliss on Unsplash

When it comes to soccer betting, fans are in for a treat this weekend.

Not only is there a whole host of Matchday 2 fixtures scheduled for Saturday and Sunday but Monday will also play host to a blockbuster match.

Liverpool’s first home game of the 2022-23 Premier League season is on the program on Monday, August 15. Crystal Palace are coming to Anfield to try seemingly impossible – win points against the favored Reds.

The Eagles haven’t done it in Liverpool for almost five whole years, which is one of many reasons why they’re seen as huge underdogs in Round 2. Another, possibly even more important reason, is that the Reds are hungry for a win, after playing 2-2 with Fulham in the opening round of the Prem.

Jurgen Klopp’s men failed to get all three points last weekend and dropping points again is not an option. This goes especially because Liverpool’s schedule is going to get much uglier in near future. For instance, their opponent in Round 3 of the Premier League is Manchester United.

The Reds were incapable of stopping Fulham’s 6’2 striker Aleksandar Mitrovic who scored twice against them in Round 1. However, they weren’t too bad in that game, keeping the ball in their possession for two-thirds of the time, and making 11 goal attempts.

It wasn’t a vintage performance by Liverpool, but it was okay considering that Jurgen Klopp couldn’t count on seven first-team players in that game. The bad news is that some of them will probably miss Monday’s game as well, namely: Thiago, Alex Oxlade-Chamberlain, Ibrahima Konate, Curtis Jones, and Konstantinos Tsimikas.

On the bright side, Diogo Jota and Joel Matip seem to be over their injury problems, although it’s not very likely Klopp will include them in the starting XI.

When it comes to Crystal Palace, this team too will miss a couple of important players. Still, even if they all were 100% fit, the Eagles would still be major underdogs. It’s just that their record against Liverpool is horrible – they ended up with zero points in each of their previous five trips to Anfield.

We are certain Liverpool will win on Monday. Unfortunately, online soccer sportsbooks seem to think that as well, which is why they’re giving very short odds on the Reds. Liverpool is currently priced at -500, which just isn’t very attractive to most bettors.

If you don’t like the match-winner odds, you can always go with some sort of an EPL prop bet. Here are a couple of props we like.

The most expensive signing in the history of Liverpool has started his life at Anfield in top gear. Nunez was fantastic in the preseason, scoring four times in a friendly against RB Leipzig. Then, in the 2022 FA Community Shield, he put one away against Manchester City.

His lethal spree continued in the Premier League, with Nunez scoring his team’s first goal in the Fulham game. Can he do it again? We sure think so!

Both teams to score – NO

We think Liverpool will score a couple of goals on Monday. We don’t think Crystal Palace will do the same. In fact, we think Liverpool’s net will remain intact in this game.

Why? Because the Eagles just aren’t that great in the offense as evident from the fact that they failed to make their chances count against Arsenal at home in the previous round.

Further, they are without a single goal scored against Liverpool in their previous four games played at Anfield.