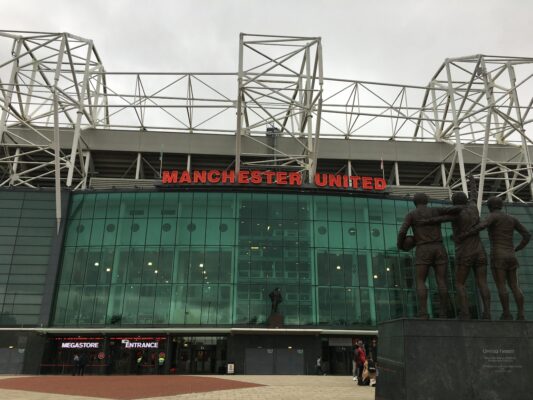 Photo by @alesso13 on Unsplash

When it comes to soccer betting, due to the sport being out of season, fans have been missing out for the past two months, but that is all set to change from this weekend onwards, and that is because the Premier League is finally set to return!

Although we have already published a comprehensive preview of all of Matchday 1’s fixtures, in this article, we are going to look more in-depth at Manchester United as they prepare to take on Brighton and Hove Albion.

That’s right – Manchester United are just days away from kicking off their 2022-23 season with a home tie against Graham Potter’s Brighton and Hove Albion.

The Red Devils, led by new manager Erik ten Hag, will be desperate to get off to a winning start as they look to build some early momentum.

Keen to avoid a repeat performance from last season, which saw the 20-time league winners fail to qualify for the Champions League, ten Hag will know that getting points on the table as quickly as possible is going to be hugely important.

Ahead of the exciting game, which is set to kick off on Sunday morning, we are going to look at some of the current betting markets, as well as tip some attractive-looking props from the world of soccer betting.

Manchester United endured their worst-ever season last time out. Not only did they record their lowest ever points tally, but they ended the campaign with a club record for worst goalscoring.

Having made a handful of new signings so far this summer, ten Hag and his new coaching team will be eager to throw the side’s new recruits into the mix. How the likes of Lisandro Martinez and Tyrell Malacia will handle the pressure of the Premier League remains to be seen though. Midfielder Christian Eriksen, who has a heap of Premier League experience, could be in line to start though.

One of the games’ biggest talking points will undoubtedly be Cristiano Ronaldo’s inclusion (or lack of). The Portuguese megastar, who rejoined Manchester United last summer from Juventus, is rumored to be unhappy with life back in England and is trying to force a move away.

However, with just over three weeks left in the transfer window, the five-time Ballon d’Or winner’s chances of escaping Old Trafford are becoming slimmer by the day.

Having missed out on the club’s pre-season tour of Asia, it is very unlikely that Ronaldo will be immediately thrust back into his manager’s lineup.

Elsewhere, unfortunately, even though Anthony Martial has been in inspired form throughout pre-season, the Frenchman will not be in line to feature this weekend due to injury, therefore, we expect the Red Devils’ attacking line to be led by Marcus Rashford and Jadon Sancho with Bruno Fernandes just behind.

On the other hand, Brighton and Hove Albion have had a relatively quiet transfer window with Potter making just two new permanent signings.

Striker Julio Enciso arrived from Libertad and left-sided winger Simon Adingra joined from Nordsjaelland but it is unknown exactly how likely either player is to make their debut this weekend.

Aside from their two new signings, we expect Potter to line his Seagulls up in a familiar formation with the likes of Leandro Trossard, Neal Maupay, and Lewis Dunk all featuring.

Joel Veltman to be shown a card

Prop bets are one of the most exciting aspects of soccer betting and we think there is certainly some value to be had on some of the markets for Sunday’s game.

Brighton and Hove Albion defender Joel Veltman picked up six yellow cards in the Premier League last season. He was his team’s third most carded player, although the player with the most cards (Yves Bissouma) has since moved to Tottenham Hotspur.

Veltman is likely to be up against Rashford and given the Englishman’s superior speed and technical ability, we wouldn’t be surprised to see the big Dutchman find himself in the referee’s book before the end of the 90-minutes.

Marcus Rashford to score at least one goal

Rashford endured an abysmal campaign last time out and desperate to reignite his stagnating career, the 23-year-old will know he must pick up the pace, especially if he is to make Gareth Southgate’s winter World Cup squad later on this year.

Having enjoyed a decent pre-season, which saw him net two goals in five appearances, fans will be hoping that their number 10 is on course to return to his best.

Although teammate Martial has impressed the most throughout pre-season, the oddsmakers sadly also recognize this, so there isn’t a lot of value on the Frenchman netting for the fourth time in his last six outings. Not only that but it looks like he is going to be ruled out through injury, therefore, we are going to back Rashford to find the back of the net instead.

Manchester United are notoriously slow starters, so when it comes to betting on them scoring early in the soccer betting markets, we advise extreme caution.

Even though ten Hag will want to address his team’s lackluster start to games as quickly as possible, it remains to be seen if he has been able to, therefore, given the fact they’re playing at home and how Brighton can be resolute in defense, we wouldn’t be surprised if it took the Red Devils at least one whole half to breach the Seagulls’ backline.