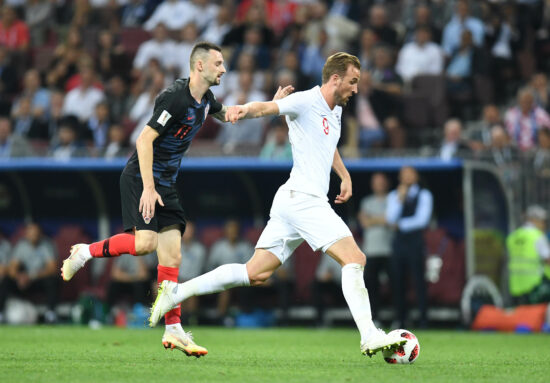 Kane, 27, joined Tottenham Hotspur’s youth academy all the way back in 2004.

Since arriving as a young boy, Kane, with the help of several successful loan moves, eventually went on to force his way into the club’s senior first-team.

Following his senior debut in 2011, the England international has gone on to rack up a whopping 219 goals, in all competitions.

However, although Kane will undoubtedly be remembered as a club legend, there are growing concerns he could be eyeing a move away.

He Kane, He Saw… He Didn’t Conquer

Soccer’s best players are frequently judged by the number of trophies they lift and although Kane’s talent speaks for itself, unfortunately, he has yet to win a single major trophy.

Tottenham Hotspur’s on-field woes are well-documented. Having failed to win a major trophy as a collective since the League Cup in 2008, the club’s trophy-less drought is now approaching its 14th consecutive year.

Having come within touching distance of winning the 2018-19 Champions League, only to be beaten in the final by domestic rivals Liverpool, many believe Kane will never get a better opportunity while playing for Tottenham Hotspur.

Although trophy-less, still in his prime, the 27-year-old, who turns 28 in July, is still viewed as one of Europe’s most devastating and clinical strikers.

In an attempt to snap up one of the sport’s most prolific marksmen, there are now suggestions Europe’s biggest clubs could offer Kane an escape from his London nightmare.

Summer Move on The Cards

According to a recent report from British outlet Football Insider, Kane has informed close friends of his desire to leave Tottenham Hotspur.

Described as ‘hell bent’ on securing a move away, fans have been left to speculate where the English forward’s next destination could be.

It has been noted that Kane is eyeing former Newcastle United striker Alan Shearer’s 260 Premier League goal record – although he currently sits on 161, breaking the record is still possible, but only if he stays in England.

Football Insider goes on to claim that despite being set on a summer move, he will not publicly push for one out of fear of losing the backing of the club’s fans.

Although it is now becoming increasingly more apparent Kane wants out of Tottenham Hotspur, nothing is expected to happen until after this summer’s European Championships.