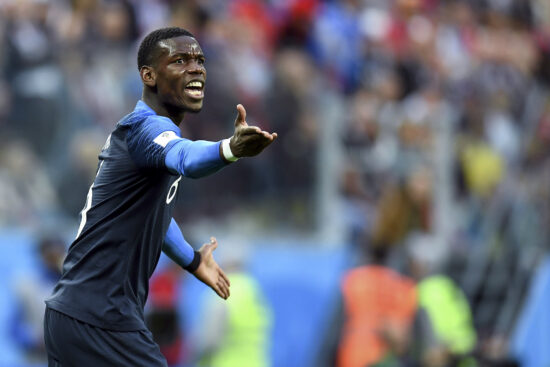 If you’re a soccer fan, you will know that this time of year is crazy season.

As the summer transfer window edges closer and closer to opening, fans will know to expect many twists and turns as clubs gear up, ready to make their transfer moves.

One club who have already seen a major change is Italian side Juventus.

Following a poor season, Juventus recently opted to part ways with former midfielder, turned manager, Andrea Pirlo and instead re-appointed Massimiliano Allegri as the man to guide them back to the top.

With Allegri now back at Juventus, two years after his first stint, the Turin-based side is already busy, plotting how to inject some much-needed life back into the squad.

Despite agreeing to sell midfielder Paul Pogba back to Manchester United nearly five years ago, Juventus have always retained a keen interest in the Frenchman.

However, this summer could finally be the window that Juventus see the 2018 World Cup winner relocate back to Turin.

With just 12-months left on his current deal at Manchester United, if the Red Devils are to recoup any of the whopping $115.5m they paid for him, this summer will be their last chance.

Throughout his previous four-year stay at Juventus, Pogba featured in 178 matches and directly contributed to 74 goals, in all competitions.

One Superstar for Another?

As the ongoing COVID-19 pandemic continues to apply unprecedented financial pressures to clubs all around the world, Juventus, being no exception, knows that they will need to free up funds before they can recruit.

According to a recent report from Italian outlet Calciomercato, one player who could be sacrificed in order to bring Pogba back is world-class superstar Cristiano Ronaldo.

Following the club’s poor domestic campaign, there have been recent rumors suggesting the Portuguese attacker is unhappy and could be open to moving on.

Calciomercato claims that if the ‘Old Lady’ is able to offload Ronaldo, they would then be able to focus their attention on bringing Pogba back to Turin.

There have been recent claims that Ronaldo is wanted by Mauricio Pochettino’s Paris-Saint Germain.

However, similarly to Juventus, in order to bring in Ronaldo, the French giants would need to offload young galactico Kylian Mbappe.