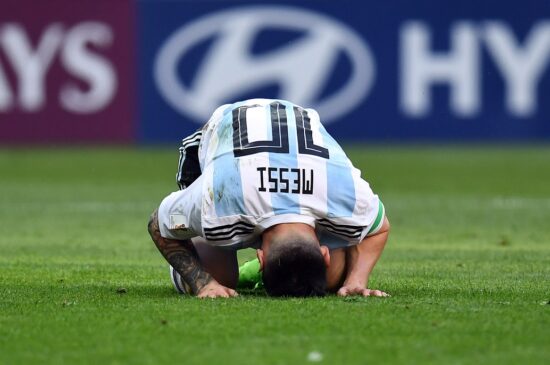 Lionel Messi decided to move from Barcelona, which immediately caused massive implications for the five-time European champions. Blaugrana will suffer harsh consequences due to this development, starting with the finances, reputation, etc., and most importantly, they won’t be as strong as before.

Los Bancos are currently the top favorite to lift the La Liga title trophy at the end of the year. The odds on that to happen are +125, far better than Barcelona’s +220. Furthermore, the reigning champions Atletico Madrid are very close to the Catalonians +290.

Even though Ronald Koeman still has a very good team, with Sergio Aguero, Philippe Coutinho, Antoine Griezmann, and several more world-class players, without Messi, Barcelona is not the same team.

The Argentinian has been the heart and the soul of this club for the last decade and a half, displaying his magic on a regular basis and becoming arguably the best player of all time. However, in the past two, three years, the relationship between the board and Messi deteriorated, and it appears that the rift between the two sides was too big for finding a compromise.

Barcelona now has to find a quick solution on how to minimalize the negative effects of Messi’s departure, and if possible, set the foundations for the new team in the shortest possible time. The current roster is filled with veteran players, who are close to retirement, meaning that Barca needs to react quickly.

Barca is Not a Contender for the UEFA Champions League Title

Over the past ten years, Barcelona was always in the top four favorites for winning the UEFA Champions League trophy. Some 48 hours after the news broke out about Messi’s decision to leave, Blaugrana dropped to the eighth position in the contender’s list.

Before the “Messi incident,” Barca was +800 at some bookmakers.

The club president, Joan Laporta, is in a very tough position and is facing a catastrophic situation. Barcelona’s finances haven’t been good for quite some time, and the team can’t recover from COVID-19 chaos. After all, one of the reasons Messi decided to leave was money and the fact that the club can’t land quality players.

One of the most popular teams in the world is at the crossroad, having to decide what to do in the next year or two. Either they make radical changes and sacrifice this season, or they gradually adjust to the new circumstances.