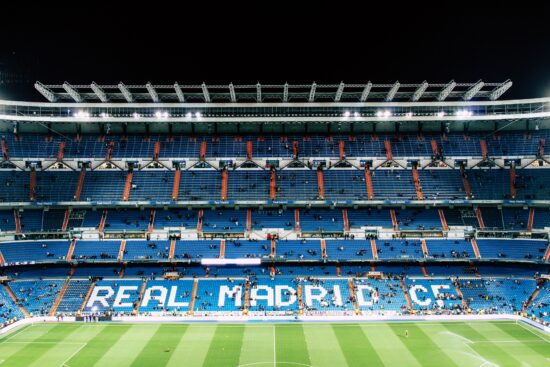 Photo by Vienna Reyes on Unsplash

The current manager of Real Madrid is Carlo Ancelotti, a 63-year-old Italian who led Los Blancos to the Champions League trophy last season. Even though his job is as safe as it gets at the moment, we might not see him continue his Real Madrid story once his contract expires in 2024. At least that’s what Don Carlo hinted at when discussing his future in an interview for Amazon Prime a few months ago.

Although no one can say for certain when Ancelotti is going to leave Real Madrid, we can speculate who is going to be his heir. In fact, there are some online sportsbooks out there that let would let you bet on who’s going to be the next permanent manager of Real Madrid. With that being said, let’s see which managers are the top favorites in bookies’ eyes.

*Please note – these odds are only available from offshore bookmakers*

Priced at +150, Mauricio Pochettino is the betting favorite to land the Real Madrid job once Ancelotti leaves the post. There are several reasons for that, starting with the fact that the 50-year-old Argentine is currently unemployed.

His last job was at Paris Saint-Germain (PSG), the team he led to winning the Ligue 1 title in 2022 after a one-season break. In the same season, we saw Pochettino’s men win the French Cup (Coupe de France), as well as the French Supercup (Trophée des Champions). Still, that wasn’t enough for him to keep his job – PSG parted ways with him in July 2022.

Pochettino is available, but that’s just one in a long list of reasons why he’d be a suitable appointment from Real Madrid’s point of view. Poch’s mother tongue is Spanish and he also used to live in Spain for more than a decade.

Of course, the no.1 reason why he’s the top candidate for the job is that he’s an elite manager with plenty of experience.

Could We See Real Madrid Legend Raul Take Over?

Now a 45-year-old, Raul is considered one of the true legends of Real Madrid. It was 1992 when he joined Los Blancos on a youth contract, and two years later, he made his debut for the senior team. From there, he went on to play another 549 games before his Real Madrid story ended in 2010.

Fast-forward to 2018 and Raul is back at Santiago Bernabeu, this time not as a player but as a coach. He started as a youth coach before being promoted to the managerial post of Real Madrid Castilla, the club’s reserve team.

That’s the role he’s in now, but oddsmakers suspect he could move up a level in the future. If you think Raul is going to be Real Madrid’s next permanent manager, you can bet on it at +500 odds.

Other Major Candidates for the Job

Then, there’s Zinedine Zidane, another Real Madrid legend. Not only did he play for this team for five seasons, but he was also their boss for more than four years. With him in charge, Los Blancos won the Champions League three times, as well as two La Liga titles. Knowing this, it’s obvious that Real Madrid fans would love to see him return to Santiago Bernabeu.