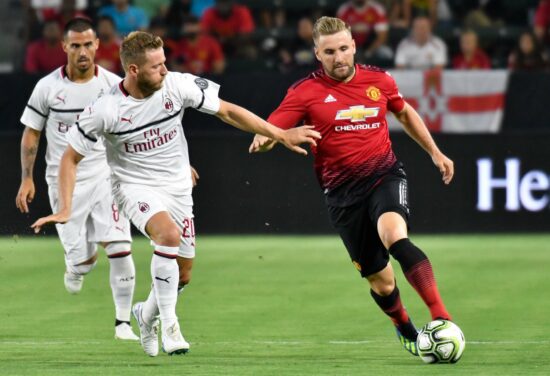 Manchester United manager Ole Gunnar Solskjaer has confirmed what fans have been wanting to hear – the Red Devils will look to delve into the summer transfer market.

The Red Devils have endured a notoriously difficult few years.

Seemingly being left behind by bitter rivals Manchester City and Liverpool, Solskjaer is desperate to guide his old club side back to their former trophy-winning ways.

Europa League heartbreak against Spanish side Villarreal ensured it has now been four years since the club lifted their last major title.

However, despite their recent failures, looking ahead to the new 2021-22 season, the club’s hierarchy appears committed to bringing in talented reinforcements.

Who Has Already Been Linked?

There are very few soccer clubs in world football who attract transfer speculation on the same level as Manchester United do – and this summer appears to be no exception.

It has been widely reported that the Red Devils are targeting a new center-back to partner club captain Harry Maguire – among those linked are Real Madrid’s Raphael Varane (MEN), Sevilla’s Jules Kounde (ESPN) and Napoli’s Kalidou Koulibaly Corriere dello Sport (via Sports Witness).

In addition to a new center-back, the Premier League giants are also rumored to be in the mix for Atletico Madrid and England full-back Kieran Trippier (MEN).

In attack, the Red Devils finally appear to be closing in on Borussia Dortmund winger and long-standing target Jadon Sancho (The Athletic).

However, despite the wealth of talent linked with making a switch to Old Trafford, it goes without saying, the club will not be able to recruit them all – especially given the post-COVID era clubs are trying to operate in.

Nevertheless, regardless of the financial pressures, the last 18-months have brought, Solskjaer is determined to navigate his way through the summer transfer window as he looks to forge an effective rebuild.

Speaking recently to TV2, when asked about the possibility of fans seeing fresh faces, Solskjaer confirmed the club must be active in the market in order to close the gap on their rivals.

We are second best, but too far behind to threaten those who won. Then we have to strengthen ourselves.

Of course, something will happen in the transition window. The world has become very different than 15-16 months ago, but we have to make some moves on the transfer window, but also with the team.

It is never possible to sit back. You are constantly looking for reinforcements. Football is dynamic, so unexpected things can happen such as injuries, illness, something familiar, or that someone wants to move.

You have to take everything possible into consideration and reflection. I will never sit down and think that ‘now the team is the way I want it to be’, because you always see some other players or other teams doing something you want.