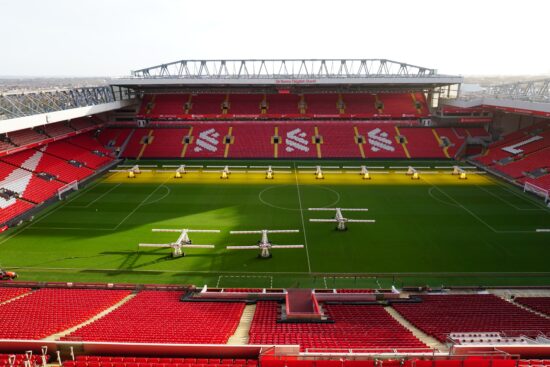 Mohamed Salah, Kevin De Bruyne, Erling Haaland, or maybe someone else – who is going to win the PFA Players’ Player of the Year award for the 2022-23 season of the English Premier League?

That is the question we’ll try to answer in this post. We will start our analysis by taking a look at the betting odds for this outright market, which are available at a number of soccer betting sites.

Betting Odds for PFA Players’ Player of the Year

Even though the 2022-23 season is going to be his first in the Premier League, oddsmakers think Erling Haaland is destined for greatness. No surprise there as the 22-year-old is a real goal-scoring machine that scored a total of 22 goals for Borussia Dortmund in the Bundesliga last season.

This fact is even more impressive knowing that he missed more than a dozen games due to injury problems. Speaking of injuries, some fear that he’s too injury prone, which is you might want to think twice before backing him to win the 2022/2023 PFA Player of The Year award.

There are only five active EPL players who have already won the PFA Player of The Year. Two of them have won it twice – Mohamed Salah and Kevin De Bruyne.

In fact, Salah is currently in the possession of the award, which he won for his impressive performances in the 2021-22 season. The Liverpool forward featured in 35 league games last season, scoring 23 goals along the way, for which he won the Premier League Golden Boot award (shared with Tottenham’s Son Heung-min). Salah also made more assists than any other Premier League player last season.

With Liverpool’s second-best scorer of the 2021/22 season – Sadio Mane – gone to Bayern Munich, Salah is expected to have an even more important role in the attacking department. Knowing this, no one should be surprised if he managed to win the award again.

When it comes to De Bruyne, Manchester City’s midfield maestro is also expected to have a vintage season. Even though Pep Guardiola has plenty of amazing players at his disposal, De Bruyne’s place in the center of the pitch is almost certainly guaranteed. That said, nothing is stopping the Belgian from playing as well as he did in previous seasons.

However, one player who appears to be going under the radar a little is Tottenham Hotspur forward Heung-Min Son.

Having finished last season as the Premier League’s joint-top goalscorer and going from strength to strength under Antonio Conte, we think a massive price of +1600 is too good to turn down.