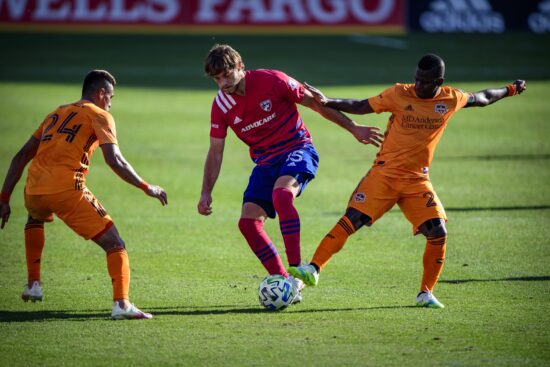 The new MLS season starts in Houston, where Dynamo seeks a win against the conference rivals, San Jose Earthquakes. After years of frustration and missed playoffs, many feel that this is the moment for the team from Texas to reach the postseason.

Meanwhile, the Quakes have a solid team capable of delivering huge upsets. They are ready to prove that already in Houston.

Last year was one of the worst in Houston’s history, and we need to add that this team had some pretty nasty campaigns. Only four wins in 23 matches is a terrible record, but many try to justify that with the fact that Tab Ramos took over a damaged unit, gave his best but simply couldn’t do much better.

This season there won’t be such alibies because Ramos had more than enough time to execute some changes and get things right in the squad. The way Dynamo played friendly matches during the preseason, it appeared that he brought some positive changes. Still, all that vanished in the final test before the start of the MLS championship.

Dynamo had five wins in a row, all against lower-tier teams, before losing to FC Dallas in the preseason finale, 0-3. It was a slap in the face to all the fans who believed that their favorites might do better than before.

Quakes’ Goal to Reach the Playoffs

This is a sort of a standard for San Jose who a mediocre team over the past seven or eight years. During that time, the Quakes managed to enter the postseason just twice. In 2020, Matias Almeyda’s guys were eight, catching a train for the postseason in the last moments.

Though, the Argentinian made some changes in the roster during this offseason, bringing players who were his favorites in the previous clubs, Javier Lopez, Luciano Abecasis, and Eric Remedi.

Having the worst defense last year, the Quakes’ head coach had to do something, so he decided to rely upon already checked solutions. He expects that these three players bring experience and composure in the midfield and the backline, the two things San Jose lacked over the past three years.

Dynamo vs Quakes Head to Head

Dynamo vs Quakes Preview and Prediction

With all due respect towards these teams, we firmly believe that neither will reach the playoffs. They are under-average sides who have many weaknesses, and among them, the biggest being defense. Therefore, the safest prediction for this particular match should be both teams to score. Houston’s backline was looking very bad against Dallas, while on the other side, Quakes allowed goals in both of their preseason events.