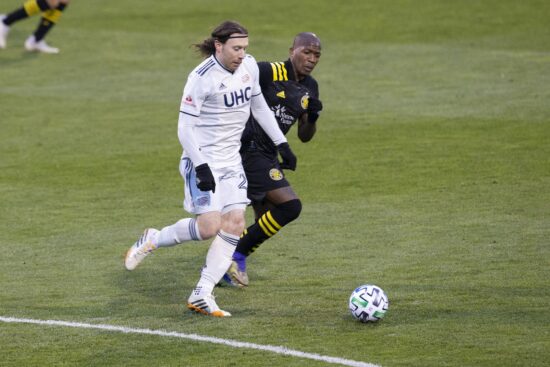 Chicago Fire is without a playoff appearance in the last three years, which heavily frustrates their fans and board. They believe that this team can do better, so this year might be crucial for the head coach Raphael Wicky.

New England’s appetites rose from the previous season, and they became one of the title candidates. We just might get another champion from Greater Boston in them.

Even though this will be only his second season as the head coach of the franchise from Chicago, Raphael Wicky faces a lot of heat. The fans want the playoffs, as well as the management, and the Swiss’ future here depends upon that. So his margin for mistakes is very, very low.

Chicago was just one point short of that 10th place in the East in 2020, allowing Inter Miami to enter the play-in tournament. Everything was in their hands during the finish, but they would close the regular part of the season with six straight games without a victory.

During the preseason, Fire played six games, winning three, drawing one, and losing two. Four of those games ended with over 2.5 goals, and all of those saw both teams scoring.

Bruce Arena and the Revs

Since taking over the team from Foxborough, the legendary coach made many changes, and as a result, the Revs have become one of the best teams in the league. They are capable of perfectly adjusting to any opponent, all that because of Arena’s perfect guidance.

Last year was just an intro for this and the next one when we expect to see New England attacking the MLS Cup. During the offseason, Arena brought almost the entire left side of the team, adding a few players in those positions.

All of their preseason matches were against the teams from LA, Galaxy, FC, and Galaxy 2. Apart from the opening vs Galaxy, 0-1, the remaining four ended with at least three goals and with hits on both ends of the field. Also, the Revs didn’t lose any (2W, 2D).

Fire vs Revolution Head to Head

On September 7, the Fire hosted Revolution in Chicago, and that game ended with the guests’ 1-2 victory. Bunbury netted twice for the guess, while Herbes added one goal for Fire.

Fire vs Revolution Prediction and Pick

This is going to be an interesting match for watching because we expect to see Fire coming out strong in search of a win. However, Arena and the Revs are one hell of a crew, and they won’t bend down in front of no team in the league. Our prediction for this event is that the guests go home unbeaten.