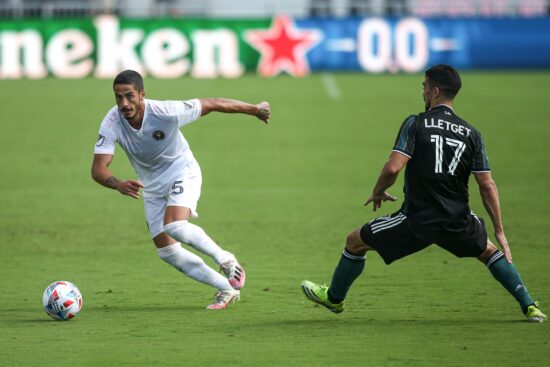 Galaxy might be on the decline, as some suggest, but they still have a team worthy of respect. Plus, all the talks about their “deteriorating” quality present a massive motivation for the players.

As for the Red Bulls, we expect them to take one step forward compared to the last year’s performances and results.

After defeating Inter Miami in Florida, the appetites of Greg Vanney’s team rose. What was important for that match is that the Galaxy managed to come back from behind and erase the hosts’ minimal lead at halftime, fighting its way out of one nasty situation.

Also, a big boost for the entire team is Chicharito’s performance. The Mexican scored twice, indicating his good form, incredibly important for Galaxy and its ambitions. The veteran striker is the biggest star on the roster, and without him at the highest possible level, Vanney’s crew will have lots of trouble.

After four games on the road (including the ones in the preseason), Galaxy finally comes back home. Since early November 2020, this unit had just one contest at Dignity.

The team from the Big Apple started the campaign in the worst possible way, losing at home to Sporting Kansas City. Even though the Bulls took the lead shortly into the second half, they would allow two goals in two minutes and end up empty-handed.

Gerhard Struber’s boys allowed at least one goal in all four matches this year (again including the preseason), and it appears that the defensive stability presents a major problem for this team. A curiosity regarding NYRB is that they entered the postseason in 2020, as the fifth seed in the East, with a negative goal difference, 29-31.

The Bulls prefer to play slow and defensive-minded football. Unlike Galaxy, they don’t have some sounding name that can solve the game with individual quality. That’s why they wait for the rival’s mistakes while defending their own goal, often avoiding to take command of the game and pressure the opposite side.

As said in the opening lines, the most recent five games between these two sides ended with both scorings. The last time Galaxy and NYRB met was in May 2019, in the Big Apple and the hosts won 3-2.

Galaxy is a slight favorite in this event, and although many believe that this is a nice opportunity for them to take all three points, it really isn’t. The Bulls will come to LA with an intention to defend at all cost, which is why it is safer to predict the efficiency of this event than the full-time result. Two or three goals is the best choice, as this match isn’t promising some high-intensity action and fireworks.