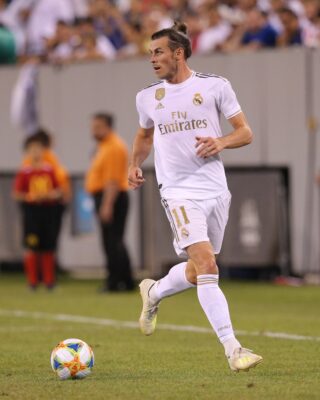 Even though they haven’t lost for a long time, the Madridians aren’t that convincing over the past few weeks. They had several slips along the way, the most recent on Saturday night against Betis.

On the other side, Chelsea’s performances are slightly better, but they too have oscillations. The only thing which is constant in their performances is a rock-solid defense.

Los Blancos Slow Down in the Worst Possible Moment

Zinedine Zidane’s crew didn’t lose for 17 straight games, which is remarkable, you have to agree. But the problem is that they posted three draws in the past four games, not scoring in any of them. The most recent was on Saturday night against Betis at home, 0-0, and this match could cost them the title in the end.

Los Blancos kept their net intact in those four previous games, which is the only plus in the entire situation. Keeping in mind that Zidane has problems with injured players, among them the team leader Sergio Ramos, this is an excellent achievement, but on the other side, the attackers are in bad shape.

Real plays well at home, posting seven wins and two draws in the most recent nine matches, among them victories in El Clasico and against Liverpool in the UCL.

The Blues had some minor slips since Thomas Tuchell sat on their bench, but overall, they are in excellent form. The German manager made their defense arguably the best in Europe at the moment, and in case you didn’t know, Chelsea has 11 clean sheets in the last 15 games. By the way, just two games during that period went above 2.5 goals.

The team from London comes into this clash in high spirits, following a victory over West Ham. Three points collected in this event could end up being crucial for their Champions League race, with the Hammers also aiming for the spot among the top four in the English Premier League.

There is no need to explain too much how Chelsea plays. Their counter-attack is the primary weapon, with Werner, Pulisic, and the rest of the fast forwards executing transitions almost perfectly.

Real and Chelsea met for the last time in 1998, in the UEFA Super Cup. Los Blancos were the UCL champions, while Chelsea won the Cup Winners’ Cup. The English team won that event, 0-1.

With these two sides in a defensive-minded mood, the only logical prediction would be under 2.5 goals. You can see that their matches are mostly inefficient, and in this case, neither side would want to attack first due to high stakes. Therefore, we stick with under 2.5 goals.