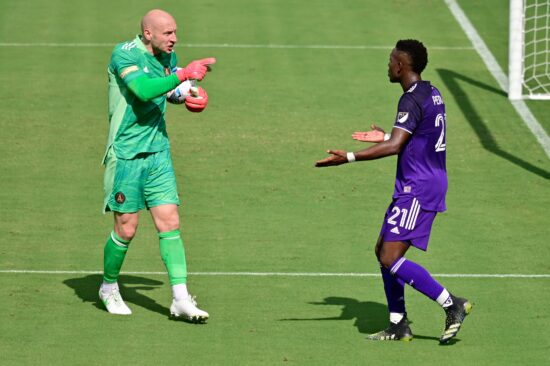 Sporting Kansas City showed a lot of improvement during the previous, short-handed season. They would win the Western Conference and indicate a lot of potentials.

Meanwhile, Orlando reached the MLS is Back tournament finals, suggesting that they, too, have enough quality to make some noise during this campaign.

More than seven years have passed since Sporting took its second and last MLS Cup. After that, they had three more US Open Cups, and even though it is nice to win any piece of silverware, these successes can’t be compared to the one from 2011.

SKC ended first in the West at the end of the regular part of the 2020 season. Now, despite the fact that the entire year was a mess, their leap is tremendous, and head coach Peter Vermes believes his team has potential for even better results.

Sporting’s first match of this season was very exciting, and it saw Vermes’ side coming back from behind, scoring twice in two minutes to defeat New York Red Bulls on the road, 1-2. We’re more than sure that such a win made a massive swing for SKC, especially as it took place in the season opener.

Since joining the MLS in 2015, Orlando’s previous season was by far the best in the club’s history. They’ve ended up fourth in the conference and reached the finals of the MLS is Back tournament, meaning that this club became a respectable competitor for all the teams in the league.

Head coach Oscar Pareja is an expert in setting up a defensive game plan, and there weren’t many games last season in which some other team outplayed the Lions. They’ve conceded just 25 goals in 23 matches, which needs to be acknowledged.

Their first game of the season was against Atlanta United, and it ended without goals, which only get us back to the previous paragraph. Orlando won’t attack first but wait for a chance to strike from transition, utilizing their fast and quick players.

Orlando defeated SKC in their last game, 1-2. It took place at Children’s Mercy Park on September 24, 2020.

This is going to be one of the most intriguing games of the weekend. Orlando is going to play as usual – slow, cautious, trying to strike from the counter-attack. SKC won’t be too keen on overexposing themselves as well, as they know how dangerous are Nani, Pato and Akindele once they have an open field in front of them. This is a match that could go either way, but our prognosis is going to focus on efficiency – under 2.5 goals.