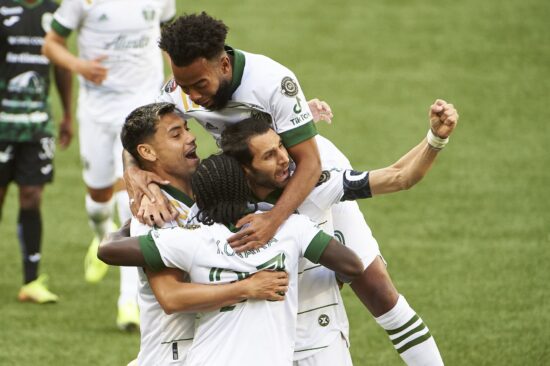 Vancouver Whitecaps had a disappointing 2020 campaign, staying outside the playoff zone at the end of the year. The Canadians want to erase that and jump up a few positions in the standings.

On the other side, Timbers are, as usual, one of the favorites for winning the MLS Cup, and they will be after the trophy.

Two talented players arrived in BC Place during the off-season, Caio Alexandre and Deiber Caicedo. These two guys cost the team from Vancouver roughly around $7.2 million, which is why the fans hope to see these two immediately making a massive impact.

Alexandre is a playmaking midfielder, a typical Brazilian who knows how to organize attacks. Caicedo is a swift winger, flamboyant, and very aggressive. With 22 and 20 years respectively, these two guys have enough time to become not only the leaders of this team but one of the best players in the league.

Whitecaps played three games during the preseason, winning against Real Monarchs, 0-3, and Chicago Fire, 3-2, but losing in the last event, vs Indy Eleven, 2-0.

The MLS is Back tournament winners played seven games this year, the majority against top opponents. Five were friendly, and two in the CONCACAF Champions League, meaning that Giovanni Savarese’s crew comes into this match 100% ready.

What does present a massive problem for the Venezuelan manager are Sebastian Blanco’s and Jaroslaw Niezgoda’s injuries. These two have been indispensable to the team, especially Blanco, who is one of the living legends of the MLS.

Portland played against Marathon in the CCL round of 16, getting away with a draw from Honduras in the first leg, 2-2, and smashing the rivals in the rematch, 5-0. Including the club friendlies, four of the past five games Timbers have played ended with over 2.5 goals, and the same number of games saw both teams scoring.

Whitecaps vs Timbers Head to Head

The latest two matches these teams played ended with the same result, 1-0 for Portland. The first one on September 29 saw Mora Aliaga netting the only goal at BC Place, while the second in Oregon concluded with Chara’s strike.

Whitecaps vs Timbers Prediction and Pick

Portland is a better team when looking at the overall picture, and they are also in much better shape with several tough tests before during the preseason. Plus, Savarese’s boys already had some competitive events. We give them the edge in this match, even though some think that they might be tired after CCL events. Also, we predict a high efficiency in this match, over 2.5 goals.