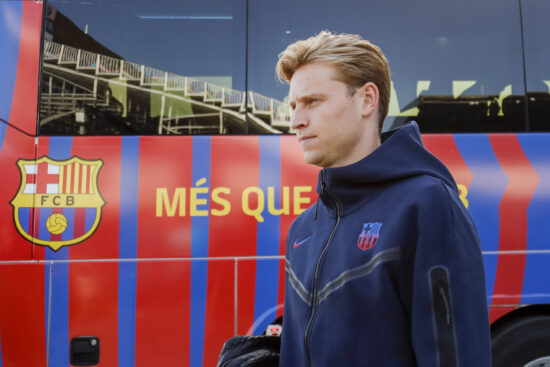 The 2022 Premier League summer transfer window closes on Thursday, September 1 at 11:00 p.m. local time (6:00 p.m. ET). What this means is that the 20 EPL clubs still have plenty of time to sign new players and/or offload old ones. If you think you know what kind of deals are going to be made in the next couple of weeks, betting on the Premier League summer transfers futures might be the right thing to do.

There are many soccer betting sites out there that have these sorts of markets available. Those bets focus on some of the biggest Premier League stars, as well as some superstars from abroad who could make England their new home this summer.

*Please note – the following odds are only available through offshore oddsmakers*

“Domingo o rei joga” – “Sunday, the king plays”. That is what Ronaldo said ahead of Manchester United’s friendly match with Rayo Vallecano on Sunday, August 31.

It’s going to be his first game in the Red Devils shirt since May 7, with his exclusion from the squad being one of the main forces driving the narrative that he wants out.

He’s back with the squad, but there are still rumors that the CR7 transfer saga isn’t over. According to some sources, he is determined to leave Old Trafford by the end of the summer transfer window. There’s no doubt that there are plenty of suitors out there that would love to sign him, including his boyhood club Sporting Lisbon, but also some heavyweights like Atletico Madrid, Chelsea, and Bayern Munich, all of which are on the lookout for a prolific goalscorer.

The reason why we think it’s unlikely that he’s going to leave his current club is that Manchester United’s management is not willing to let him go – he is their key player.

Plus, knowing that his contract with the club runs out in June 2023, we could see him agree to postpone his transfer plan for one season.

If Ronaldo leaves Manchester United, it could trigger a butterfly effect forcing the Red Devils to splash a lot of money on his replacement. Among the strikers that would be a fantastic replacement to CR7, there’s one name that stands out – Harry Kane.

Manchester United isn’t the only club that would like to sign Tottenham’s goal machine. With Robert Lewandowski moving to Barcelona, Bayern Munich is also on the lookout for a top attacker. It’s a similar story when it comes to Chelsea, where Romelu Lukaku has left a gap in the final third.

It’s not just about the teams in need of an elite striker; Kane would be an amazing addition to literally any team on the planet, including Liverpool, Barcelona, Real Madrid, and others.

The 23-year-old defensive midfielder has been West Ham’s crucial player in the center of the pitch since 2017, but is it time for Declan Rice to take the next step in his career? He sure has the quality to play for elite Premier League teams and some of them seem very keen on signing the England international.

The club that seems most likely to capture his signature is Chelsea. The Blues need to strengthen their squad and they got the money needed to sign Rice. Further, the midfielder would probably be willing to come to Stamford Bridge as Chelsea is where he started his youth career back in 2006. Plus, one of his best friends – Mason Mount – is currently under contract with Chelsea.

The only obstacle on his road back to Chelsea is that Thomas Tuchel already has several amazing defensive midfielders at his disposal, including N’Golo Kante, Jorginho, Mateo Kovačić, and a few others.

It’s no secret that Manchester United’s new manager Erik ten Hag would love to bring Frenkie de Jong to Old Trafford. The two know each other from their Ajax days, meaning that they’d probably work very well together in the 2022-23 season. The problem is that de Jong doesn’t seem too keen about moving north.

And neither does Barcelona, although the club bosses would probably change their mind if the Red Devils offered them more money.

The odds of Neymar moving from PSG are surprisingly short considering that his current deal with the Paris-based club runs out in 2025. Further, PSG is a rich club that doesn’t need to sell its players, at least not at a bargain. That said, in order to sign Neymar, a club would probably need to splash over $100 million.

Manchester City might have that kind of money, but Neymar probably isn’t a top target in the eyes of their coach Pep Guardiola. When it comes to Barcelona, coach Xavi would love to bring Neymar back to Camp Nou, but there are some off-the-pitch issues standing in the way.

According to recent reports, Neymar faces trial in Spain for irregularities regarding his transfer from Santos to Barcelona in 2013. If he loses the legal battle, he could end up jailed for five years.