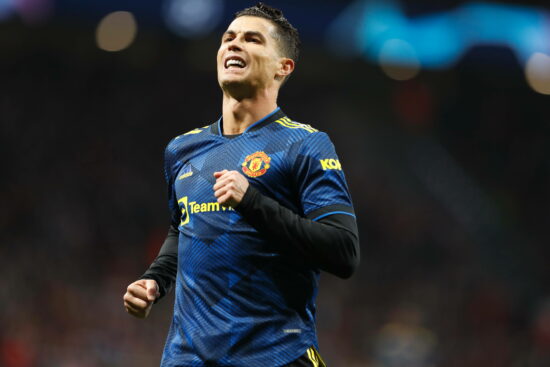 If you’re looking for the latest odds on Cristiano Ronaldo’s next club, then look no further than Vegas Odds.

A bombshell was dropped on Manchester United on Sunday evening, as Cristiano Ronaldo lifted the lid on his feelings towards his current employers in an exclusive interview with Piers Morgan.

The Portuguese announced that he felt ‘betrayed’ by the club, and didn’t ‘respect’ his manager, Erik ten Hag. But, what could it mean for his long-term future at the club?

Latest Cristiano Ronaldo next club odds are taken from an offshore sportsbook.

Just hours after Manchester United’s dramatic 2-1 victory against Fulham on Sunday, Cristiano Ronaldo again made the narrative about the Old Trafford club about him. Despite academy star Alejandro Garnacho netting the winner, and Bruno Fernandes becoming one of the first high-quality players to speak out about Qatar’s World Cup, it was Ronaldo that made front-page news.

The Portuguese star sat down with Piers Morgan for an in-depth discussion on his current situation on TalkTV. Ronaldo didn’t pull any punches on how he felt at the Theatre of Dreams, as he declared that he felt ‘betrayed’ by the Red Devils, as they have been trying to force him out of the club. That statement is a bit rich, considering that Ronaldo handed in a transfer request just days after Erik ten Hag took over at United.

Ronaldo also went further with his comments, as he revealed that the club has shown ‘no evolution’ since Sir Alex Ferguson’s retirement in 2013. Furthermore, the forward later claimed that he had never heard of Ralf Rangnick, who was handed the interim job following the sacking of Ole Gunnar Solskjaer last season.

Ronaldo also stated that he believes former United great Wayne Rooney is jealous of him, following comments that the all-time United goalscorer made on TalkSport last week. The Portuguese concluded that he didn’t ‘respect’ ten Hag due to the manager’s lack of respect for the former Real Madrid star.

It is worth mentioning that Ronaldo’s comments have been condemned by most United fans, which means any sympathy that he was trying to get from fans hasn’t played out as the Portuguese captain would have hoped.

In response to Ronaldo’s interview, Manchester United, who sounded out legal advice, have confirmed that the club have agreed to ‘mutually terminate’ the 37-year-old’s contract.

A statement released on the club’s official website on Tuesday (22 November), read: “Cristiano Ronaldo is to leave Manchester United by mutual agreement, with immediate effect.

“The club thanks him for his immense contribution across two spells at Old Trafford, scoring 145 goals in 346 appearances, and wishes him and his family well for the future.

“Everyone at Manchester United remains focused on continuing the team’s progress under Erik ten Hag and working together to deliver success on the pitch.”

It has become extremely clear that Ronaldo’s long-term future at United now looks extremely cloudy. United were willing to part ways with the star in the summer, and ten Hag will actively be looking to offload the forward in the winter transfer window.