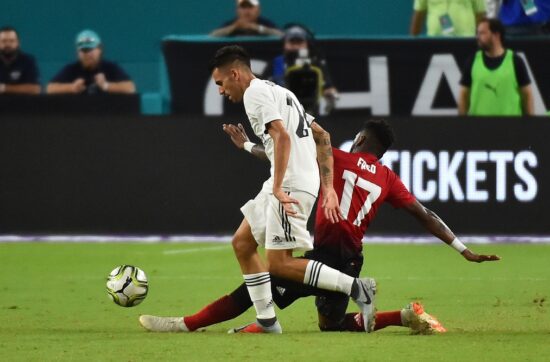 In what has been a soccer season like no other, amplified by the ongoing COVID-19 pandemic, fans worldwide have been forced to adapt to a new way of enjoying live sport. Spectators have been banished from stadiums for well over a year now and still playing catch-up, clubs have been left with no choice but to conform to a grueling non-stop schedule.

As this campaign draws to its conclusion, with just a handful of matches left in Europe’s top domestic leagues, all attention will soon turn the Champions League and Europa League finals.

With both competitions among two of soccer’s biggest prizes, it is every club’s pre-season ambition to go all the way in their respective tournament.

The Champions League is arguably the more prestigious of the two European competitions – with the top teams from each domestic league decided by their finishing position, pitted against one another in the form of a group stage, followed by several knockout rounds, winning Europe’s biggest club competition is widely regarded as the pinnacle of soccer.

The Europa League, however, is not to be sniffed at.

Considered Europe’s second-tier tournament, the competition still sees as many as 48 teams from 29 different countries all vying for the chance to lift the illustrious trophy at the end of the season.

After a series of qualifiying rounds, both competitions operate a group stage that sees each side play one another both home and away – the two top teams from each group then progress into a straight knockout tournament.

The 2018-19 season saw four English club sides compete against one another in both the Champions League and Europa League final.

Following what was then viewed as evidence the English league is among the best in the world, the current 2020-21 season has come so close to being a near-perfect replica.

With Real Madrid crashing out to Chelsea in the Champions League semi-final and Manchester City rising to see off Paris-Saint Germain, both English sides are now set to meet in the final, later this month.

Elsewhere, after Manchester United coasted past Roma and Spanish outfit Villarreal dumped Arsenal out, both at the semi-final stage, three out of a possible four clubs are once again of English representation.

Champions League Final Manchester City vs Chelsea: Where and When to Watch

Europa League Final Villarreal vs Manchester United: Where and When to Watch