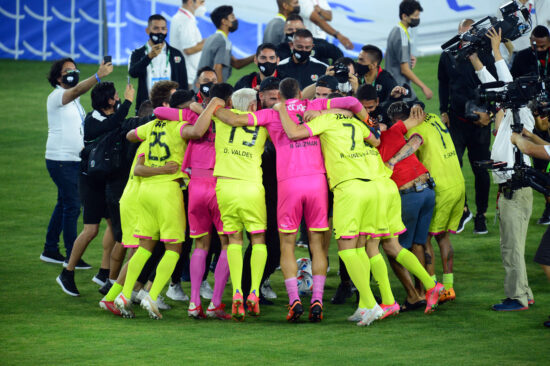 Knowing that the Mexican Liga MX is the world’s fourth-most attended soccer league, it’s no surprise top betting sites have it in their offer. One of the most popular bets is the one regarding the outright Liga MX winner. That’s the one we’re going to focus on in this post.

We’re going to present you with the Vegas odds for the 2022 Liga MX Apertura, as well as explain how this league works and even reveal our top prediction.

The Liga MX is the highest tier of professional soccer system in Mexico, with 18 teams competing in it. What makes this competition different from most other soccer leagues is that it holds two tournaments every season – Apertura and Clausura.

The term Apertura means “opening” in Spanish and refers to the first part of the Liga MX season, which usually starts in mid-summer. The 2022 Apertura has already started – the first round was played on the first weekend of July.

This part of the Liga MX season ends on October 2, 2022, meaning that there are literally hundreds of games still to be played. That said, you still have plenty of time to make your Liga MX outright bets.

Even though both CF Monterrey and UANL Tigres lost on the opening weekend, these two teams have switched to the top gear since. This explains why bookmakers see these teams as the top two favorites to win the 2022 Liga MX Apertura.

Those two do look good at the moment, but there are a few teams that definitely seem capable of ruining their plans. Club Atlas, for example, is one of them. This is the team that won the Apertura 2021, as well as the Clausura 2022.

We also mustn’t forget about Mexico’s two most successful soccer teams – Club America and Chivas Guadalajara. Although neither did great last season, they definitely have the manpower to achieve a lot in 2022.

So, which team should you back to win the 2022 Liga MX Apertura? – Right now, UANL Tigres look most impressive, but you shouldn’t be surprised if any of the aforementioned teams ends up winning.