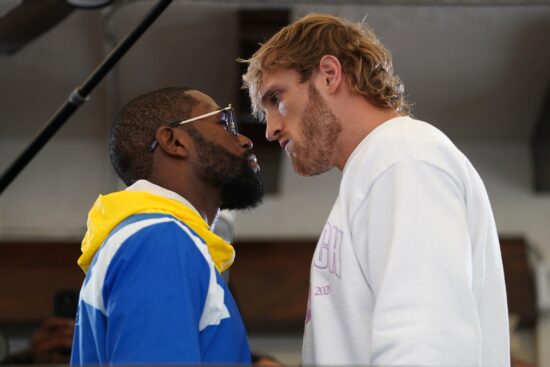 More specifically, the rules that had many offshore sportsbooks scrambling were “No judges scoring the fight” and “No official winner”. Thankfully, knockouts will be allowed; unlike the Mike Tyson vs. Roy Jones Jr. boxing exhibition last November.

So with no judges nor official winner, many sportsbooks had to pull a quick audible. Dave Mason (@DaveMasonBOL) from BetOnline.ag explained how his shop reacted:

“After the news broke, we immediately closed the odds and spent the day in a number of meetings and conference calls. After throwing my shoe through my TV and screaming every expletive in my arsenal, we decided to no-action all of the Odds to Win bets we accepted up to that point. It wasn’t easy as there was so much action already. However, since our wording was not in line with these new rules, it was a no-brainer and the only fair thing to do for both the players and BetOnline.”

Mason continued on how BetOnline will decide how to handle the Mayweather – Paul betting odds with the new rules:

“Since there won’t be any judges, if the fight goes the distance bets will be no-actioned. In other words, in order for your Mayweather or Paul ticket to cash, the fight must be stopped inside the distance. So basically everyone will be rooting for Mayweather and Paul to beat the snot out of each other – sounds good to me!”

BetOnline currently has the Mayweather as a -800 favorite, while a Paul upset would pay a healthy +500. Mr. Mason informed VegasOdds that the bet count is close to even on each fighter, but his shop will need Mayweather to get the win since the payouts on Paul bets are so much more generous.

In addition to the standard Odds to Win, BetOnline has a healthy list of special props, including:

“Despite the unordinary rules, everyone will be watching this fight Sunday night, so it was not even an option to not re-post odds. Events like this sell and when events sell, people want to bet. Team BetOnline will be welcoming Mayweather and Paul bettors with open arms.”