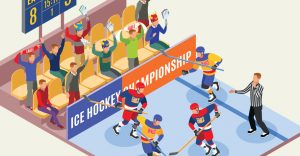 Stanley Cup Final has reached its second stage. In the first part of the series, we saw Dallas Stares hammering Tampa Bay Lighting. The score was 4-1 in a game that Stars dominated both offensively and defensively. What awaits us in Game 2?

After Game 1, Dallas Stars are one step closer to winning their second Stanley Cup, more than two decades after won it for the first time in the franchise history (1999). It’s been a long time since Tampa Bay Lightning won their last Stanley Cup as well. They did it back in 2004.

The Lightning came into the series as favorites, after some fantastic offensive performances in the regular season. In fact, with 245 scored, they were the top offensive team in the league. Not only that, they showed their offensive might by beating the top defensive side, the Boston Bruins. They also beat #3 best defense, Columbus Blue Jackets. What about the second-best defense in the NHL? They’re playing them in the Stanley Cup Final!

Coached by the oldest coach in the NHL, Rick Bowness, Dallas Stars have become famous for their defense. Not only were they the second-best defense in the entire league in the regular season, but they also showed their defensive prowess in the postseason. Probably the best example of that is the fact that they conceded only one goal in the Stanley Cup Final, playing against the top offense in the league.

In that game, we say the goaltender Anton Khudobin, who closed the door, making a total of 35 saves. The former backup goalie of the Boston Bruins is now one of the major favorites for the Conn Smythe Trophy as the Playoff MVP.

If they want to break Dallas Stars, Tampa Bay Lightning will have to break Khodubin. They need to find a way to push the puck past him in the Stanley Cup Final Game 2. It’s not going to be easy, but the Lightning have some fantastic offensive players in the roster, most notably Nikita Kucherov and Brayden Point.

Tampa Bay Lightning need to step up in the offense if they want to win the series. They have the manpower to do so, it’s just the question of how the Dallas Stars defense (especially their goalie) are going to react. The lightning offense failed to put away more than one goal in Game 1, but they should do much, much better in Game 2.