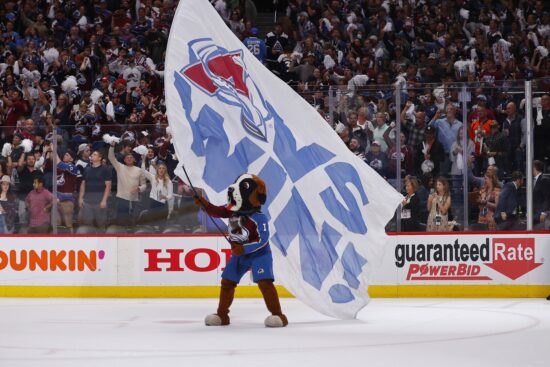 Monday will see Stanley Cup Finals Game 3 take place at the Amalie Arena, as the Tampa Bay Lightning look to get back within a game of the Colorado Avalanche. Defeat on Monday will mean that the Avalanche need just one more victory to wrap up their success this term, and would also put them on the verge of a historic whitewash.

It has been a long time since the Stanley Cup was determined with a whitewash victory. You’d have to go back to the Detroit Red Wings in 1998 for the last time that a team was crowned champions with a 4-0 success in the finals. However, the Avalanche have put themselves in an excellent position to make history and looked more dominant than ever in game two of the series.

Saturday evening was a night where just everything went right for the Avalanche. It resulted in a massive 7-0 victory, with pundits calling it a near-perfect performance by the Stanley Cup favorites. The Avalanche scored three times in the opening period, before later adding two goals in each of the second and third periods.

Valeri Nichushkin and Cale Makar both enjoyed excellent evenings, as they scored twice. Meanwhile, other goals were added by Darren Helm, Andre Burakovsky, and Josh Manson.

Lightning Need To Put Game 2 Behind Them

Not for the first time this season, the Tampa Bay Lightning have their backs against the wall and are being written off by many. However, it is worth remembering that the reigning champions found themselves in exactly the same position in the Eastern Conference finals after two games against the New York Rangers. But, it is fair to say that this game is a much sterner test against an Avalanche side that has looked formidable throughout the campaign.

The defeat in game two was one of the Lightning’s worst performances in the Stanley Cup finals for many years. They were outplayed and outfought throughout, and never looked like getting back into the game after the opening period. Defensively, they were all over the place in that 7-0 defeat, and many are now just believing that the Avalanche have their number this season.

It was especially a night to forget for goalie Andrei Vasilevskiy. The Lightning star finished with a save percentage of just .767 in the defeat, as he made 23 saves from the 30 shots that he faced.

I’m starting to come to the conclusion that the Lightning is out of their depth in the finals this year against the Avalanche, as Colorado often has an answer whenever the reigning champions ask a question. Therefore, I’d be sticking with the Avalanche in game three, and could also see them leading going into the second.