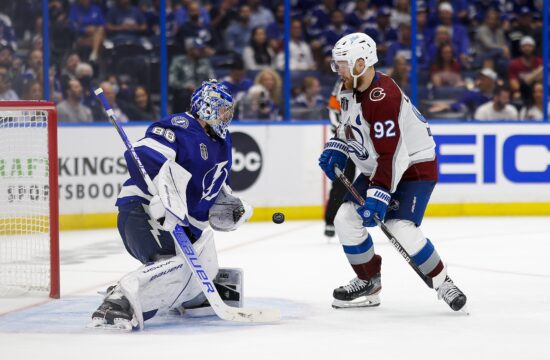 Many were already thinking that the Tampa Bay Lightning’s grip on the Stanley Cup was coming to an end coming into game three. However, the two-time defending champions look right back in the hunt as we prepare for Stanley Cup Finals game 4, with the Lightning being able to level the series with a second straight home success.

Lightning Need More Of The Same

Game three was the night when the Tampa Bay Lightning finally arrived in the Stanley Cup finals this season. The Lightning stormed to a 6-2 victory at the Amalie Arena, and more of the same will be needed if they are to level the series this week. It is constantly hard to rule out the Lightning, as they have been there and done it all before.

The Lightning has won the previous two Stanley Cups, and have already shown their powers of recovery in playoff hockey this season. Their comeback win against the New York Rangers in the Eastern Conference Finals is enough evidence to suggest that they are more than capable of coming back and winning the Stanley Cup for a third straight time this season.

Tampa started strongly in game three, as they took a 2-1 lead into the second period. However, in the second, they effectively took the game away from the Avalanche with four further goals. Six different scorers netted for the Lightning, including Patrick Maroon, Steven Stamkos, and Ondrej Palat.

History only shows how hard it is to complete a whitewash in the Stanley Cup finals, which means that the Avalanche aren’t likely to be too worried following their disappointing result in game three. However, they will be aware that victory this week would set them up with the opportunity of sealing the Stanley Cup in front of their home fans on Friday night.

We have constantly spoken about momentum in the NHL playoffs this season, and the Avalanche will be looking to end the Lightning building a head of steam in game four this week. The Avalanche could have counted themselves unlikely to have found Andrei Vasilevskiy in inspired form in game three.

The Lightning goalie made 37 saves from the 39 shots he faced, averaging .949. Colorado recorded more shots in the game, but their only goals were scored by Gabriel Landeskog.

The Lightning will face another must-win game on Wednesday, as the Avalanche could seal the Stanley Cup with victory at the Amelie Arena before the weekend. However, we could see the series being tied this week. We also like the chances of over 1.5 goals in the first period.