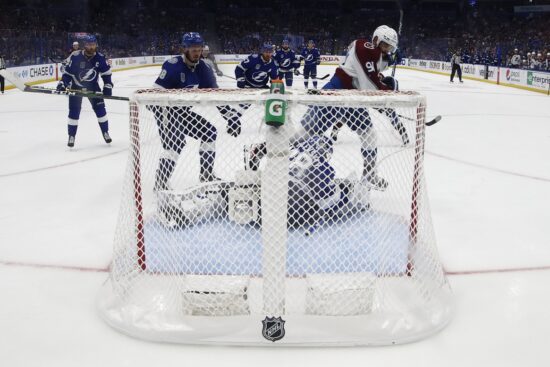 We are finally at the first match point of the Stanley Cup finals this season, as the Colorado Avalanche can wrap up a third title in Stanley Cup Finals game 5. The pendulum seems to have swung their way again with an overtime victory in game four, and victory in front of their home fans on Friday at Ball Arena would put them into an unassailable 4-1 series lead.

Avalanche On Brink Of History

If the Colorado Avalanche could have painted their perfect picture of how this Stanley Cup series would unfold before the first game, then this scenario wouldn’t have been far from that picture. They will have the opportunity to win a first Stanley Cup in over 20 years, and third in franchise history, at their home arena in front of their fans.

The Avalanche have been by far the best team in the NHL throughout the season, and you would be hard-pressed to find an expert that doesn’t claim that they are deserving of being crowned champions this season. They put themselves within a victory of Stanley Cup glory on Wednesday evening, with a dramatic overtime winner at Amalie Arena.

Nazem Kadri was the hero, as he made his return from injury with the winning goal. The Avalanche needed something special to get the win, as they were trailing 2-1 going into the third. However, like all great champions, they kept their cool, and continued to play their own game knowing that a breakthrough would come.

The Tampa Bay Lightning will only be too aware of the challenge ahead coming into game five. They now can’t lose another game against the Avalanche in this series if they are to win a third straight Stanley Cup this season. Their chances of that look incredibly slim, and that is highlighted by the fact that they are now a +900 chance to win the series.

It’s likely that their chance has passed them by, as they held all the cards in game four going into the final period. They were ahead 2-1 going into the third, and surrendered the lead, before eventually effectively handing the series to the Avalanche. It was only the second time that they have lost at Amalie Arena during the playoffs this season.

Most concerning, they will now have to get a win on the road to keep the series alive. Still, there would be a glimmer of hope, as the St Louis Blues did beat the Avalanche twice at Ball Arena earlier in the playoffs this season.

We sense that this could be the end of the road for the Lightning this season, as we expect the Avalanche to wrap up the series in front of their home fans at Ball Arena. However, it will be another close game between the sides, and we could see under 1.5 goals in the first period.