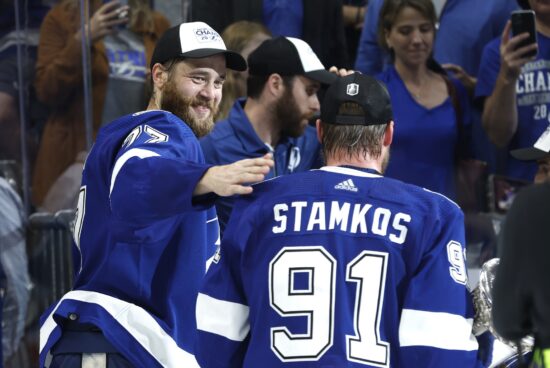 We are down to the final two in the NHL this season, and it will be either the Colorado Avalanche or Tampa Bay Lightning that will be crowned Stanley Cup champions. The Stanley Cup finals game one takes place this Wednesday, as the Avalanche have home advantage against the two-time reigning champions.

The Tampa Bay Lightning were written off by many at the start of the season, but it would be extremely challenging to write them off at this point. Their incredible morale has been evident throughout the playoffs to this point, as they have twice overcome deficits to reach a third straight Stanley Cup finals. They first achieved that feat in the opening round against the Toronto Maple Leafs, before they would later come from 2-0 down against the New York Rangers in the Eastern Conference finals.

The Lightning looked on the brink of elimination at the hands of the Rangers, but a dramatic victory in game three put them back on course. That shift in momentum was ultimately telling, as they would go on to win the next three games to book their spot in the finals.

The Lightning booked their place in the finals over the weekend, as they beat the Rangers 2-1 at Amalie Arena. Steven Stamkos was the hero in that game, as he scored once in the second and once in the third.

This is the Stanley Cup finals match-up that many would have been hoping for at the beginning of the season, as it pits the pre-season favorites against the reigning champions. The Avalanche were at the top of the betting before a game was even played in the 2021-22 season, and they have shown why they were favored throughout the campaign.

Their performances have stepped up in the playoffs, as they have completed two whitewashes from the three games that they have played. The second of those whitewashes came in the Western Conference finals, as they breezed past the Edmonton Oilers. In that series, they scored an impressive 22 goals, which included six in an overtime win in game four last week.

Goals are scattered around this time on a regular basis, with Cale Makar, Artturi Lehkonen, and Nathan MacKinnon among the scorers in their overtime win last week.

The Lightning has everything that a team needs to mount a strong challenge in this series, while the Avalanche will quickly need to pick up where they left off after a ten-day break. We could take a chance on the Lightning on the spread this week, as well as over 1.5 goals in the first period.