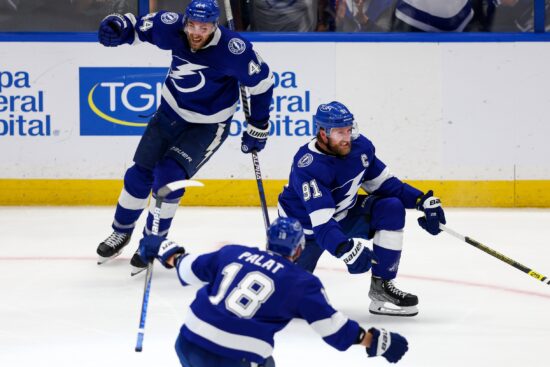 The Avalanche have already completed two whitewashes in the NHL playoffs this season, which included their Western Conference finals win against the Edmonton Oilers. However, it looks hard to see them again achieving that feat in the Stanley Cup Finals. The slight preference is for the Lightning to win a third straight Stanley Cup this year, and we could see them winning in six.

This could be a very interesting prop betting market for the playoff series this year. Nathan MacKinnon heads the betting, as the Avalanche man has already scored 18 points throughout the playoffs. However, he could be a favorite worth betting against. Nikita Kucherov leads the Lightning chances, and he is the top-scoring player out of the two sides in the playoffs, having already scored 23 points.

However, we would take a chance on Steven Stamkos, who has been in excellent form over recent games, as he scored three goals in three games in the Eastern Conference finals.

The spread betting may be worth checking out as a safer play for the series betting fans. As we like the Lightning to win this series in six, we will be siding with the (+1.5 Games) selection in this market at -145.

To Win After Being Behind In Series Vegas Odds & Pick

Momentum plays such a big role in the Stanley Cup finals, which means that this market could be a very interesting one to make a wager. We could see the Avalanche taking the lead in game one of the series, but the Lightning experience could be crucial as they come back to win a third straight Stanley Cup.