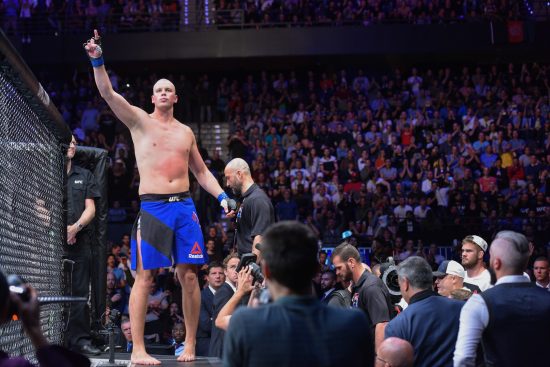 Ahead of the UFC 254, everyone seems to be talking about the Khabib vs Gaethje fight, but other main card fights should not be overlooked. Bettors have a good chance to make some money on the Stefan Struve vs Tai Tuivasa bout, in which both fighters are given an equal chance to win by top MMA sportsbooks. We’re now going to examine their odds in our betting preview.

When the odds were initially released, Struve was seen as the favorite at -125. Over time, they started sliding in his opponent’s favor before finally reaching -110 on each fighter. The Dutch heavyweight, however, fancies his odds, claiming that Tuavasa is the kind of fighter he knows to how to beat.

“I think it’s a good matchup for me. If I fight the way I should fight and the way I was fighting Rothwell, because before the low blows he didn’t get a single shot with me, if I fight like that, Tuivasa ain’t touching me either. And everybody agrees, if I take him down, it’s going to be a bad night for him.”

Struve has some pretty impressive wins in his portfolio, including a win over Stipe Miocic, as well as a victory over Antonio Silva. What’s got to worry him is that his recent run isn’t that impressive. Struve has four defeats in his previous five bouts, although his most recent defeat, to Rothwell, saw his opponent landing some illegal kicks that cost the Dutchman the win. Nevertheless, Struve’s recent UFC run is not good, and he needs to do his utmost to improve it.

On the other hand, the same goes for Tuivasa, who’s coming into the octagon after three straight defeats. His losing series started in December 2018 when he got defeated by Junior Dos Santos by technical knockout. Tuivasa was the underdog in that fight, but in the next two bouts, he was the favorite. Still, he ended up losing to underdogs Blagoy Ivanov (+140) and Sergey Spivak (+275).

Stefan Struve vs Tai Tuivasa Tale of the Tape

Stefan Struve is the tallest fighter to ever fight under the UFC banner. At 7’0, you’d think that the Dutchman is great at fighting tall, but he’s not. His strongest weapon is fighting on the mat than on the feet. Still, as he showed in the fight with Ben Rothwell, his long arms and legs can keep the opponent far away. It’s a big question of whether Tuivasa can get to him.

That said, we have no point of reference as Bam Bam hasn’t fought tall guys, at least not in the UFC. His tallest opponents so far have been Andrei Arlovski and Junior Dos Santos, both at 6’4. Tuivasa lost to Dos Santos by TKO (punches), but just before that, he beat Arlovski by unanimous decision. That happened in June 2018, which was his last win in the UFC.

This is going to be a close fight, as suggested by betting odds. Still, drawing from Struve’s performance against Rothwell last December, the Skyscraper must be thought of as a favorite, albeit a slight one.