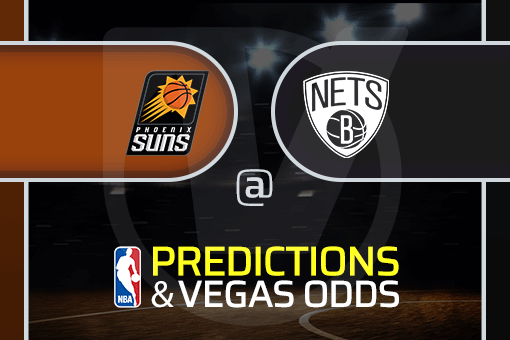 Two of the top contenders for the NBA title clash at Barclays Center this Saturday night – the Phoenix Suns and the Brooklyn Nets. The guests from Arizona are in one hell of a form, and this will be their biggest test so far. The Nets are ruthless at home, therefore we expect to see an excellent battle.

The situation is tough for the Suns, who had a game in Madison last night against the Knicks. Even though they took down the rivals pretty easily, 118-97, Monty Williams’ boys don’t have much time to heal for tonight’s event. The game vs Nets will be the fourth consecutive on the road, and the fatigue is bound to take a toll at some point.

The Suns’ offense is perfect, scoring at least 112 points in the past five contests. They would reach 55.7% of shooting from the field against the Knicks and 46.4% from downtown. Now, that is quite the success knowing that the NYK is one of the toughest defenses in the NBA.

Even though the hosts had more rebounds, 51-36, there wasn’t any hope for them to endanger the Suns. Devin Booker dropped 32 points, Chris Paul 14 with 10 assists, and Ayton 14 with 13 boards. Phoenix had six double-digit players, with only Booker standing above.

Nets After a Statement Win

Brooklyn needs a big win. They are after a statement victory required to erase the loss against the Golden State Warriors from a few days ago. Even though they still are the top candidates for the title, the Nets need a triumph over one big rival because the Warriors shook up the confidence of their fans.

Steve Nash’s crew is home following two road events, one in Cleveland and the other in Boston. In both clashes, the Nets were victorious. They would easily handle the Cs at TD Garden, 123-104, with the NBA MVP candidate, Kevin Durant, reaching the top 25 on the all-time scoring list.

KD had 21 points, James Harden 20 with 11 assists, while Patty Mills had the team-high 23 buckets, dropping seven threes. The Aussie established himself as the third scoring option behind the two superstars and the best three-point shooter in the crew.

Head to Head – Nets Better For the Moment

The line for the total points is currently set at 221. Phoenix’s attack is superb, and it can’t be slowed down, which is why we think that the Nets are going to focus on offense as well. Over is our choice because of that and the fact that both contests last year saw more points than today’s line.