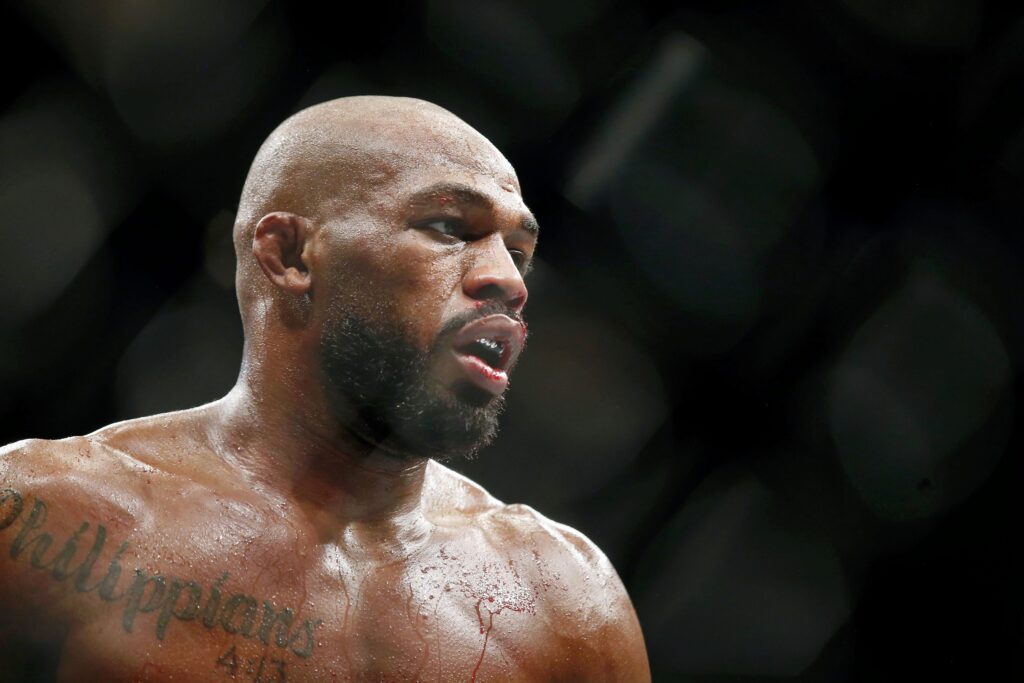 Born on July 19, 1987 in Rochester, New York, Jones is one of four brothers. Siblings, Arthur and Chandler are best known for their NFL talents, with Arthur a former Redskins defensive lineman and Chandler an outside linebacker for the Cardinals.

Following a family tradition of top athletes, although discouraged from combat sports, Jones first started his professional MMA career with promotions BCX and WCF, before coming into the UFC with a perfect 6-0 record back in 2008.

Since arriving in the UFC with his long-term partner Jessie Moses by his side, Jones has won 20 bouts, coming out on top against the likes of Vitor Belfort, Daniel Cormier and most recently, Dominick Reyes. While there’s no official public message of his marital status, he has openly referred to his partner Jessie Moses as his ‘wife’ on a couple of occasions.

Even with his emphatic record, Jones’ career has been heavily tainted by several controversies, including criminal offenses and failed drug tests.

Despite all of this though, he is still widely regarded as one of MMA’s greatest ever fighters and is rumored to be worth $3m.

Proudly showcasing “Philippians 4:13”, a 12-inch tattoo across the right side of his chest designed to draw attention to his sister’s favorite bible verse, “I can do all things through Christ who strengthens me.” – Jones’ incredible record speaks for itself.

After racking up 26 professional wins, a feat virtually unheard of in mixed martial arts, Jones boasts wins over some of the sport’s most devastating competitors. 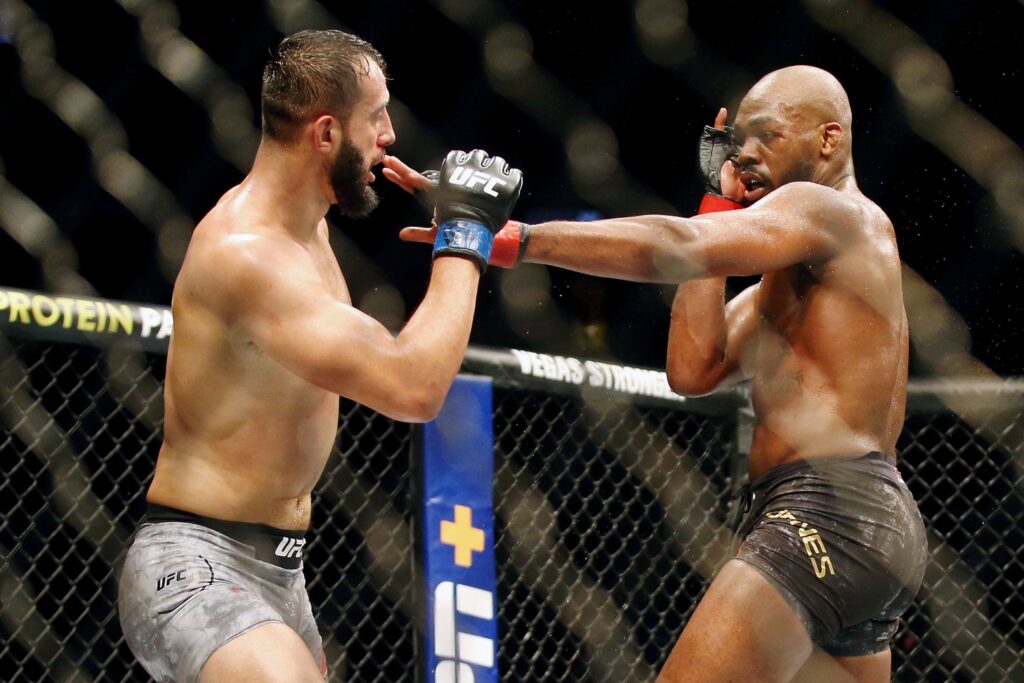 The only two blemishes on Jones’ professional record come by way of a loss due to illegal elbow strikes against Matt Hamill in 2009 and a no-contest against Cormier later on in 2017.

Jones has been suspended from competitive action on three separate occasions.

Following his hit and run conviction in 2015, the UFC opted to strip the American’s title and issue him with his first fighting ban.

In 2016, Jones was handed a 12-month suspension after failing a drugs test, which again saw him stripped of his title, this time an interim belt.

Shortly after serving his ban, Jones was suspended again. Following his second fight against Cormier, Jones failed a post-fight drugs test after he tested positive for Turinabol, an anabolic steroid. The American’s latest failed test saw him handed a third suspension, this time for 15-months.

It goes without saying, Jones owes a huge portion of his stardom to his fierce rivalry with Cormier.

The pair, who enjoyed several years at the top of the light heavyweight division, were embroiled in a tense battle, both inside and outside of the octagon.

Amplified by a famous pre-fight altercation in 2014, which saw Jones handed a $50,000 fine, the pair’s rivalry spanned many years.

Following on from his first win over Cormier in 2015, the pair had a rematch in 2017, which initially saw Jones claim a third-round TKO victory before the California State Athletic Commission later overturned the outcome to a no contest.

However, despite his rivalry with Cormier, arguably some of Jones’ biggest battles have come outside of the octagon, in 2012, the American was arrested after he crashed his Bentley into a pole in New York. Jones later pleaded guilty to driving under the influence and as well as seeing his license suspended for six months, was also issued a $1,000 fine.

Having failed to learn his lesson, Jones was arrested again three years later after being involved in a hit and run. According to reports, Jones failed to stop a red light and crashed his car into two other vehicles. After leaving the scene of the incident, which left a pregnant woman injured, Jones was sentenced to 18-months of supervised probation.

Shockingly, Jones was involved in another hit and run, this time in 2019 and even charged following an assault on a female, which allegedly took place the year prior.

Having seemingly put his worst days behind him, Jones appears to be back to his very best.

After showcasing three wins in the last 24 months, Jones, who is considered to be one of the UFC’s most active fighters, has recently vacated his light heavyweight title.

Following his decision to relinquish his title, Jones now faces the mammoth task of moving up to compete in the heavyweight division.

Although Jones’ next bout is yet to be confirmed, it’s looking increasingly likely he will face heavyweight champion Francis Ngannou following the African’s recent dethroning of Stipe Miocic.

The Latest in jon jones 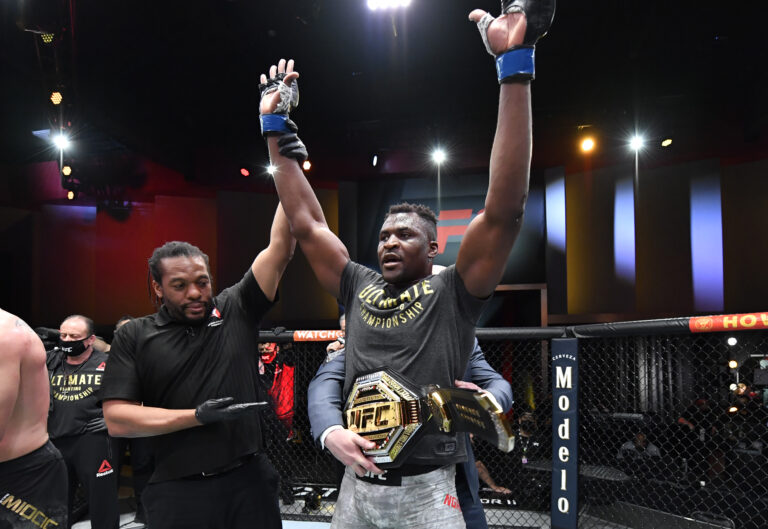 Former mixed martial artist Chael Sonnen has given his thoughts on Jon Jones. Jones recently arrested and charged for several offences, including domestic violence. Sonnen thinks UFC should punish him by keeping tied into contract. Former UFC light heavyweight title challenger Chael Sonnen has explained why he thinks the promotion should not cut controversial star […] 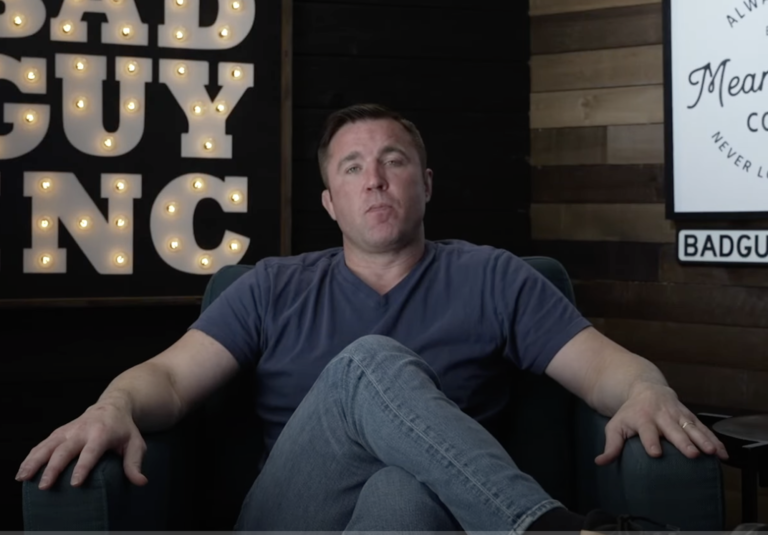 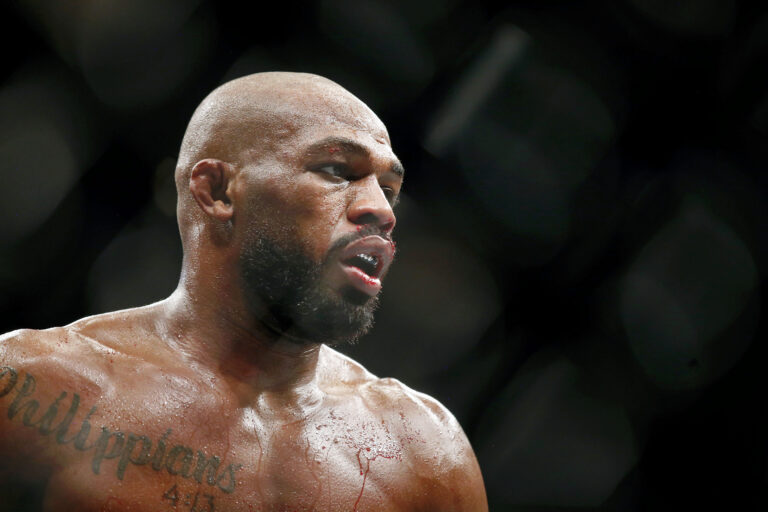 UFC star Jon Jones arrested in Las Vegas on Friday following Hall-of-Fame induction. Jones has a long history of crime. Dana White not suprised by latest reports. No sooner had Jon Jones been inducted into the UFC’s Hall-of-Fame for his part in the historic 2013 light heavyweight title fight against Alexander Gustafson, just hours later, […] 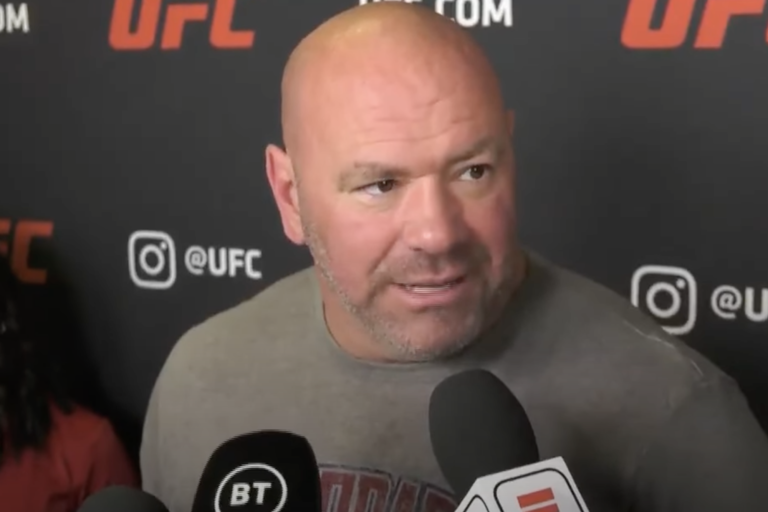 Worrying reports suggest UFC star Jon Jones was arrested by Las Vegas police on Friday morning. Former light heavyweight champion has history of crime. Lastest charges include battery domestic violence and injuring and tampering with a vehicle. Following his induction into the UFC’s Hall-of-Fame for his 2013 fight against Alexander Gustafson, according to recent reports, […] 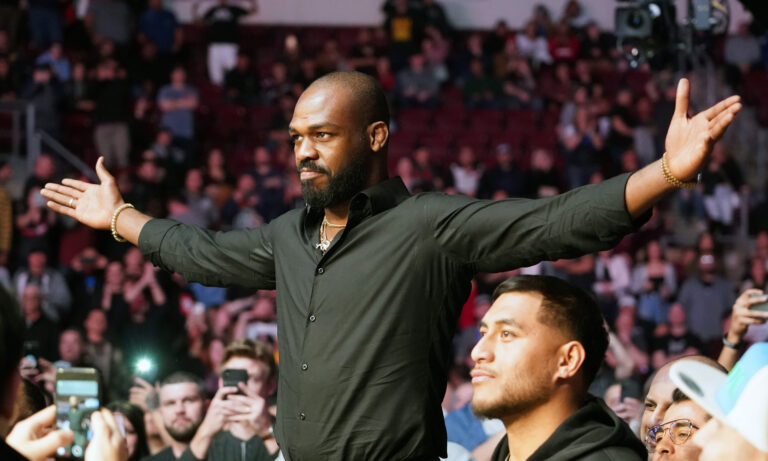 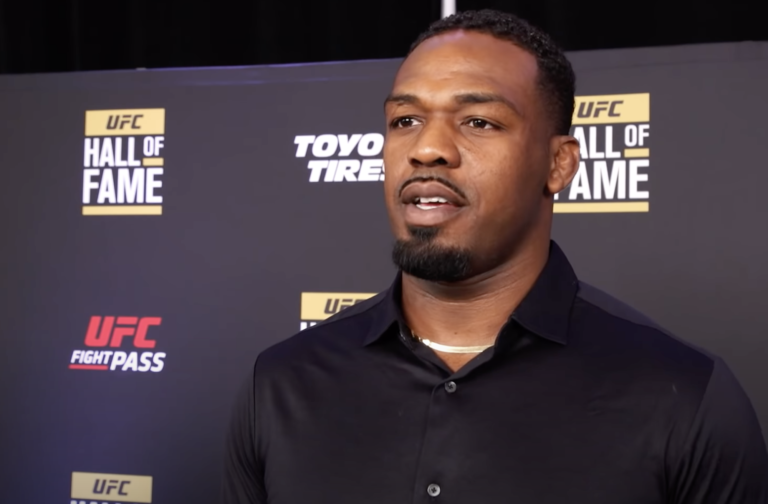 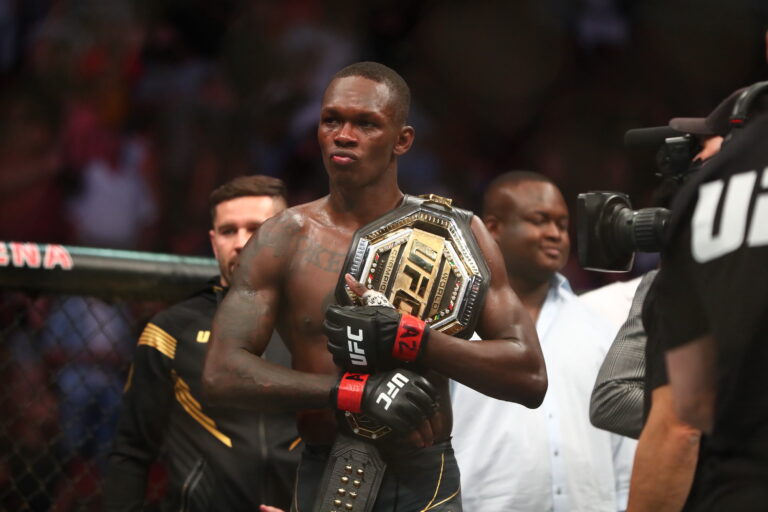 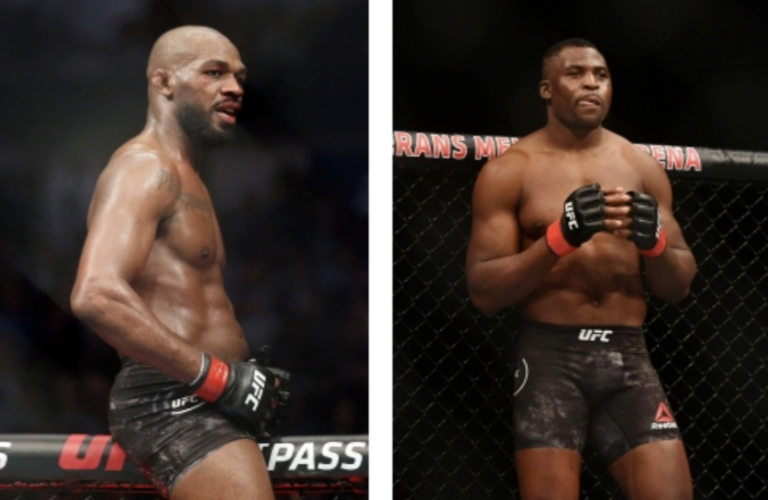 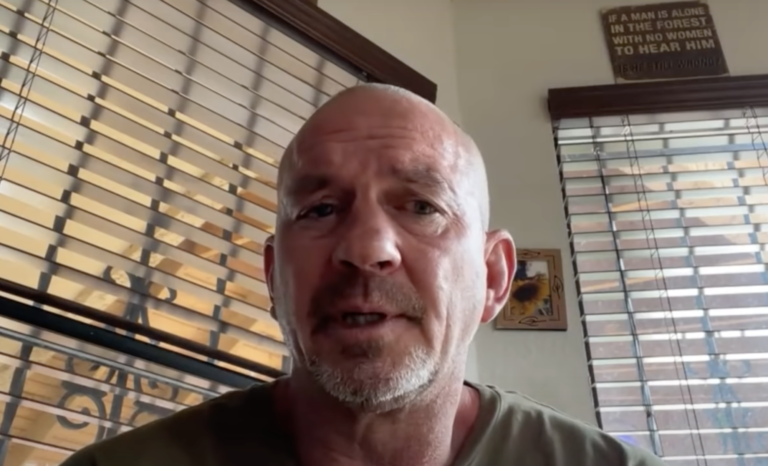 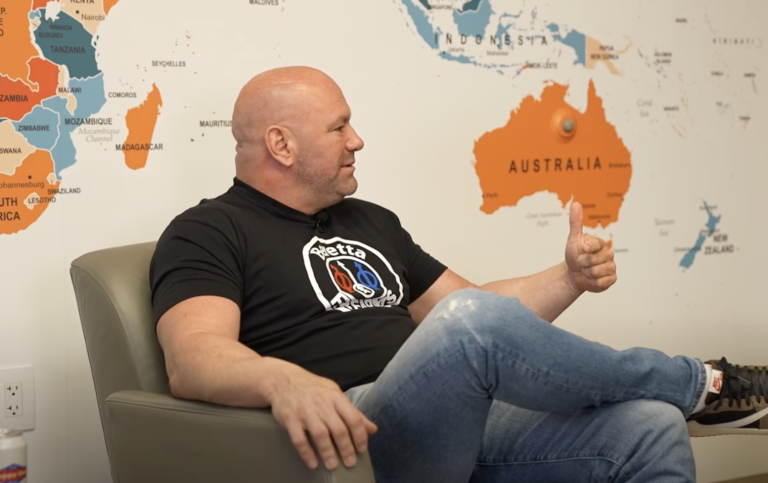 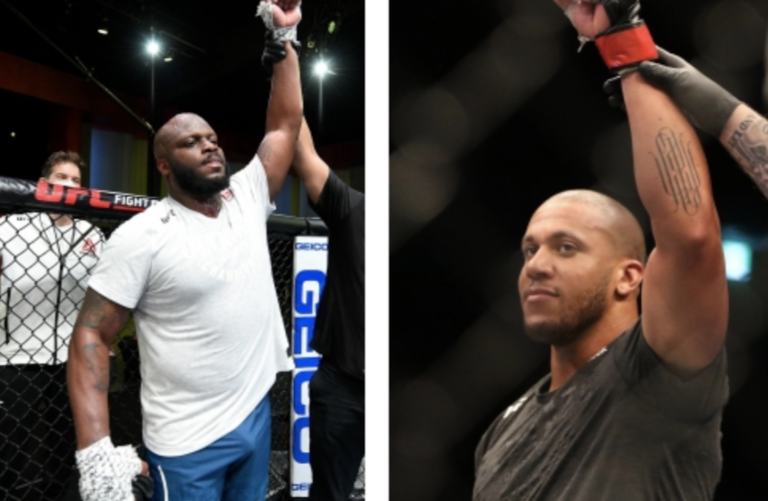 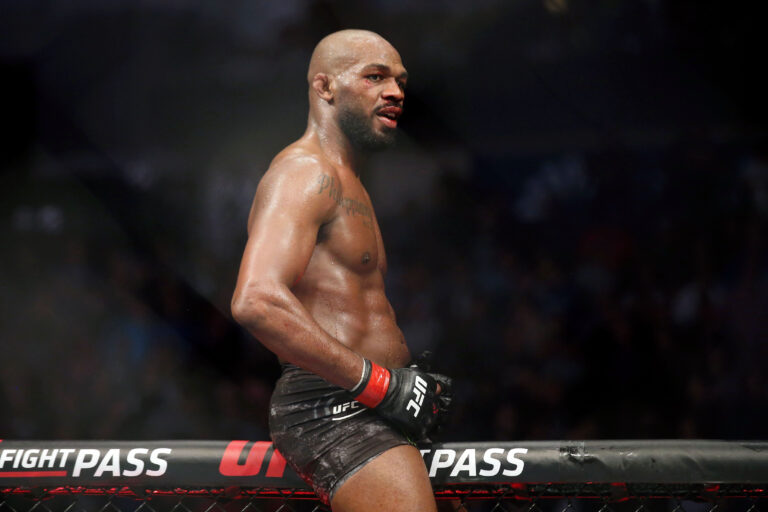