The Latest in USC Trojans

Gonzaga looking for 30th straight win this season USC looking to make Final Four as six-seed Both teams have won all their tournament games by double digits The USC Trojans and Gonzaga Bulldogs square off in the Elite Eight, with the West region championship on the line. In addition to a spot in the Final […] 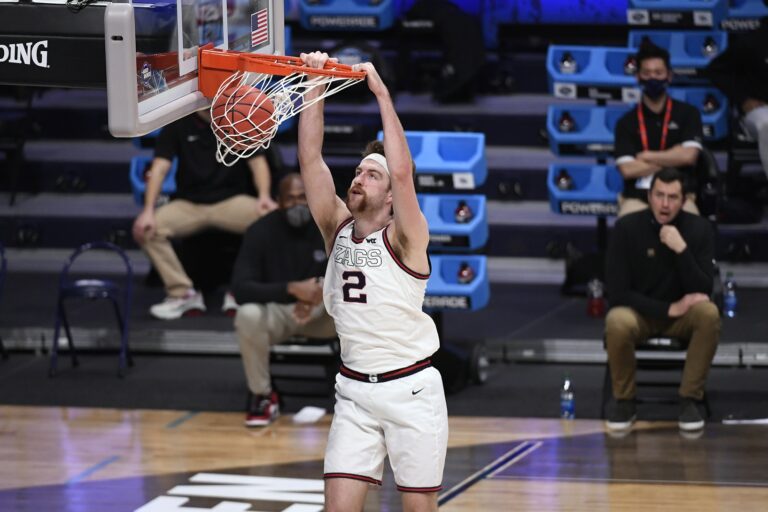 Four Pac-12 Teams Remaining in Tournament USC won first meeting this season, 72-58 Winner to face either Gonzaga or Creighton The West Region of the NCAA Tournament has some Pac-12 flavor as a pair of teams from that league will meet up on Sunday night. The seventh-seeded Oregon Ducks take on the sixth-seeded USC Trojans […] 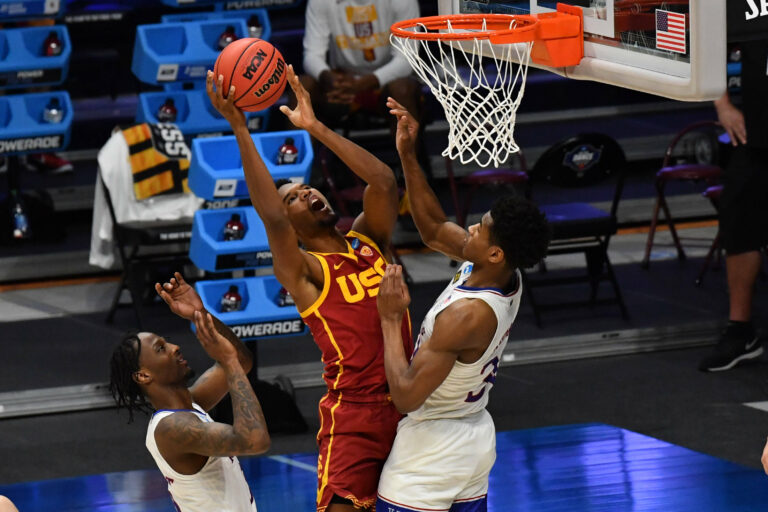 The Second Round will serve us with a match between the Kansas Jayhawks and USC Trojans This is USC’s first trip to the Sweet 16 since 2017, when they advanced as an 11-seed Kansas has been to the Sweet 16 in three of the last four NCAA Tournaments This round of 32 matchup will be […] 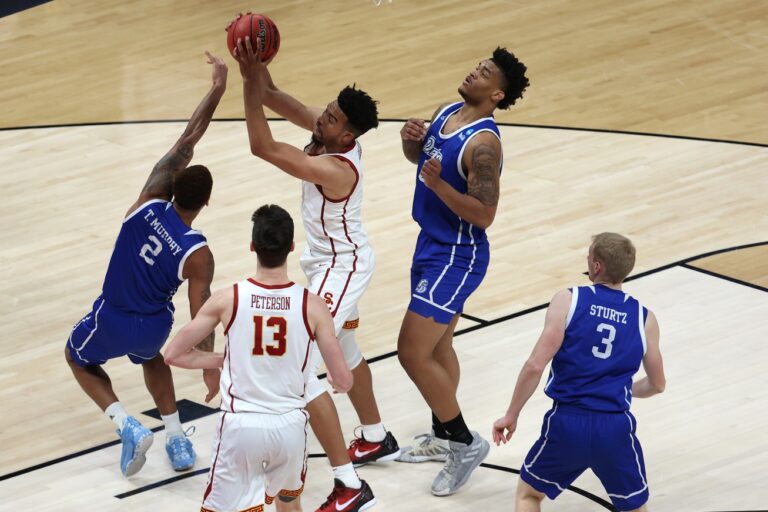 The Rubber Match Between Pac-12 Rivals USC Looking To Grab No. 1 Seed In Pac-12 Stanford Needs Run To Get Back On The Bubble Stanford heads down to face USC tonight to take on their Pac-12 rivals for their second meeting of the season. USC won the first matchup 72-66 on the road. Stanford has […]

It was announced this week that the #13 Trojans, who originally had planned to play Washington for the Pac-12 title, would now be playing Oregon instead as the Huskies had a coronavirus outbreak within their program. Now the Ducks who thought all was lost finishing third in the conference, have a chance to end their […] 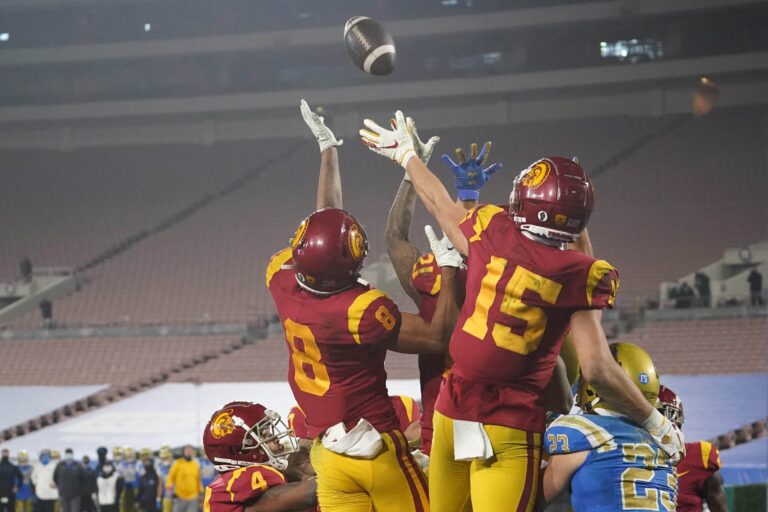 Is this the most ‘ready to play’ team in the Pac-12? Unlike most of the teams in their conference, the UCLA Bruins have so far and will have this Saturday baring any positive tests, played all of their scheduled games this season. That in itself is a moral victory, but the only kind they will […] 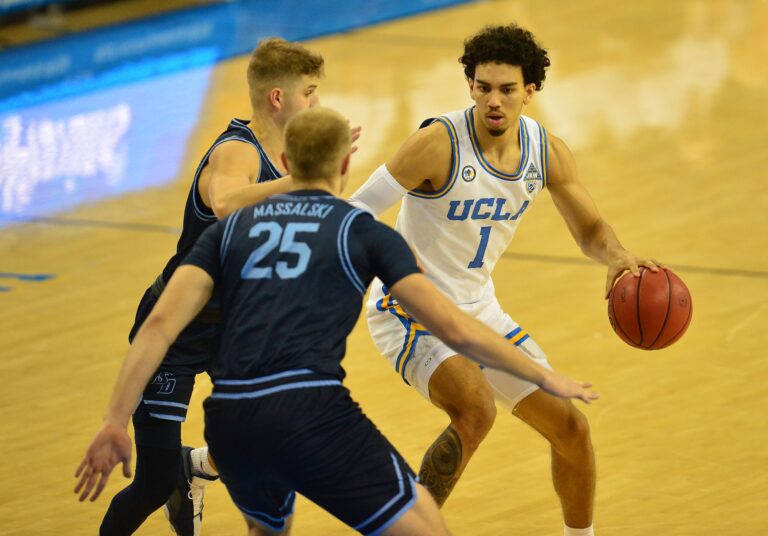 The Colorado Buffaloes travel this Saturday to Los Angeles to face the #19 ranked USC Trojans at the Coliseum for a game with significant Pac-12 South Division implications. Colorado Buffaloes at USC Trojans Preview During a college football season plagued by cancellations, the Pac-12 Conference has not been an exception to this trend. As for […] 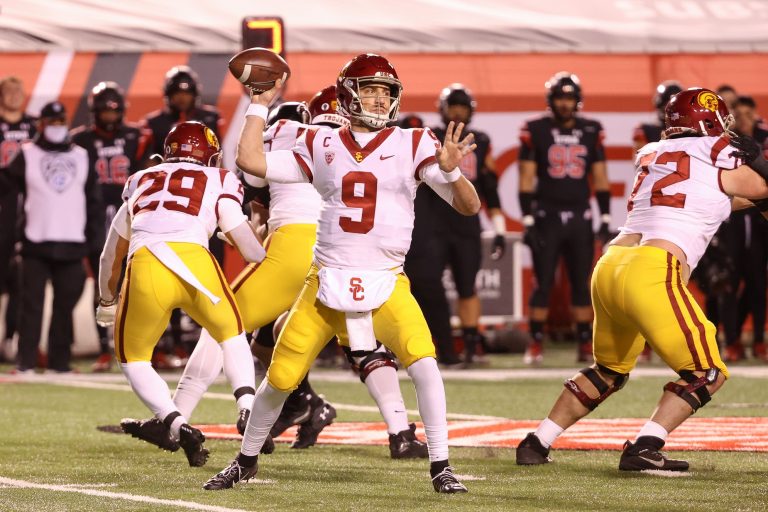 Southern Cal travels to Utah in this PAC 12 matchup. USC is off to an early 2-0 start, though those wins haven’t come without drama. The Trojans scored two touchdowns in the final three minutes of their season opener to escape with a 28-27 win over Arizona State. They followed it up with a 34-30 […]

The delayed Pack-12 season kicks-off this weekend and one of the most exciting duels of Week 1 is the Arizona State at USC game. Neither team has played a game since last December, so we cannot be 100% sure of what to expect from them. What we can say for certain is that both teams […] 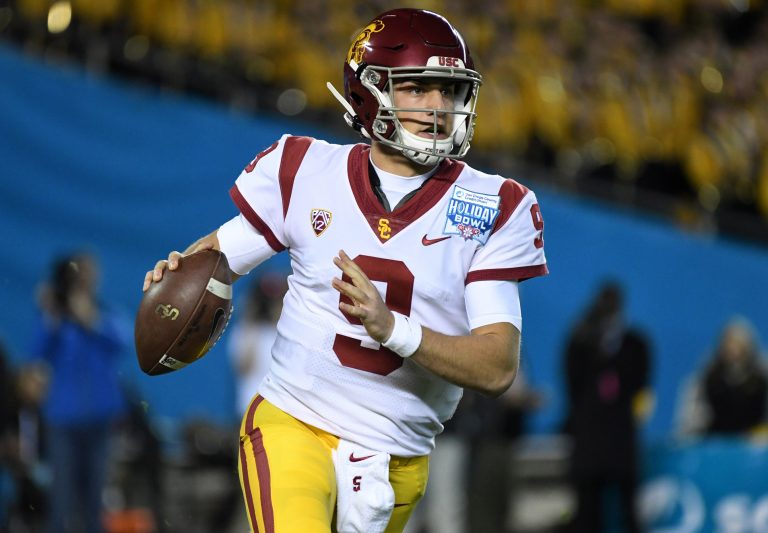 With the second week of the college football season in the books, it finally feels like the season has arrived and college football is here to stay. Let’s take a look at some of the top headlines of the weekend, including some amazing quarterback performances. The Kid’s Good USC was approaching disaster after losing quarterback […] 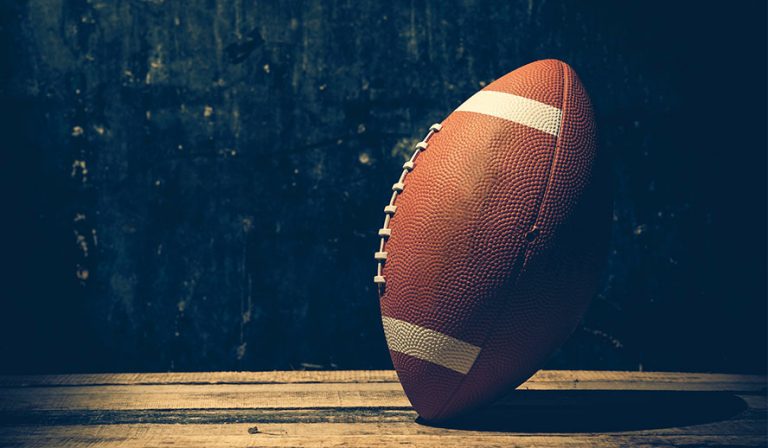 The 2019 college football season is just under three weeks away from kicking off, but already some teams are having to deal with injuries that may keep players out for extended periods or possibly all season. Here’s a look at just a few of the injury troubles being faced across the country: Annexstad Sidelined Minnesota […]

It should be quite a race for the division titles in the Pac-12 Conference this season. We take a look at the top five games that could go a long way to help determine the champions.