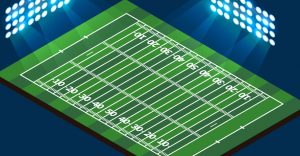 We have a superspectacle this Sunday, as New Orleans Saints await the Tampa Bay Buccaneers.

For the first time in five years, Tom Brady enters one match as the underdog. And that one will be against Drew Brees, who is eager to welcome the six-time NFL champion to the NFC South with one hard loss.

Without a doubt, this is the most anticipated game of the first round, not only because of Brees and Brady, but due to the fact that these two sides are among the top favorites to win the Super Bowl trophy.

Where, When, and How to Watch Tampa Bay Buccaneers at New Orleans Saints

Saints After a Win and a Statement

It is very important for New Orleans to win this match and send a clear message, that Brady “isn’t welcome” in this division. It is not just a win against divisional rivals; it is a statement that the Saints are the rulers here, and that they aren’t going to allow any changes in the future.

They have been to the pretty close of reaching that final step, but the referees were constantly delivering blows to their efforts.

As for the team, we don’t have to waste any of your time introducing the players wearing Saints’ uniforms. Besides one of the best QBs of all time, arguably, the best wide receiver in the league is here too, Michael Thomas. That receiving core is boosted with Emmanuel Sanders’ arrival. Alvin Camara is here, waiting to sign a new contract in the next few days.

Not to forget that the defense had been improved with Malcolm Jenkins’ arrival.

That one word symbolizes the entire picture for the team from Florida. All the eyes are pointed towards him; all the talking is about him; in fact, everything is revolving around the best QB of all times. But for us, it really isn’t going to be like that.

Of course, Brady is the absolute leader of this unit, but nobody talks about his sidekicks. Did you know that Chris Godwin and Mike Evans both had 1,000+ yards last year? Did you know that Leonard Fournette, who came from Jacksonville, had 1,500+ yards from the scrimmage in 2019? We can go on like this for a long time. Imagine, we have Gronkowski, LeSean McCoy, Shaw Barrett, etc.

So what you need to understand is that Brady has various ways of hurting the rivals. Plus, he has a master of air-offense Bruce Arians beside him. Enough said.

Even though Tampa Bay has a completely new look coming into this year, we still have to mention the recent few games between the two big rivals. The previous three all ended in New Orleans’ favor, with the note, that Bucs couldn’t score 20 points in two.

The limit for points is set at 49.5, and this is a pure present for us. We have two fantastic quarterbacks with numerous offensive superstars behind them, and betting on anything other than on Over, would be insane.