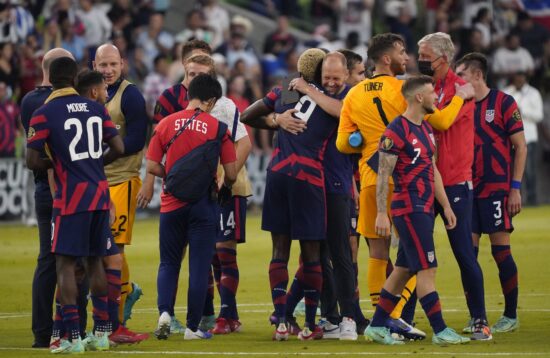 We now know the Gold Cup finalists, as both the US and the Mexican team jumped over their obstacles in the semifinals. Both teams had to work hard to eliminate the respective opponents, barely edging them out.

The Columbus Crew’s striker scored the lone goal four minutes before the end, pushing his team into the finals and putting an end to massive frustrations the US fans experienced throughout this event.

Much tougher than expected, Gregg Berhalter’s boys eliminated the hosts of the upcoming World Cup next year, sealing themselves another appearance in the finals of this competition.

The Asian team opened the match better, threatening twice over the first half an hour, with the goalkeeper Matt Turner saving his net on two occasions. Team USA was cautious after that, looking a little bit unsure on the pitch. Yet, as time went by, they would slowly start to relax, taking over the initiative and control over the match’s flow.

But then came the 56th minute and James Sands’ reckless tackle inside the box, which gave Qatar a penalty. Luckily for the Americans, Hasan Al Haydos’ shot went above the bar to keep them leveled with the opponents.

The US side couldn’t catch its rhythm, but the fortune was on their side in this case, as Zardes hit the back of the net following Nicholas Gioacchini’s assist in the 86th minute of the match.

The match between Mexico and Canada lasted for 105 minutes, saw two penalties, fierce battle all over the field, and was arguably the best match of the tournament so far.

Hector Herrera netted a game-winner in the ninth minute of the stoppage time, destroying Canada’s dreams about the finals.

The Canadians opened the match without any fear, and they really pressured the Mexicans in the opening part of the first half. Though, we need to say that Sombreros accepted that style of play and posted several solid chances themselves.

Goalkeepers on both sides had a lot of work, and it seemed that the goal was about to come at any given moment. Still, we had to wait for that until the finish of the half, when Mexico earned a penalty following a VAR check. Jesus Corona was brought down in the box, and Oberlin Pineda converted a shot from the spot.

Canada wasn’t demoralized but kept on attacking at the same pace. Tajon Buchanan scored a wonderful goal in the 57th minute, cutting from the left wing into the box and hitting the opposite side of Turner’s goal. Mexico had one more chance to score from the penalty, but Jesus Corona missed his shot in the 66th minute.

The game was briefly stopped due to vulgar chanting from the stands, which was the reason for a big stoppage time.

After its restart, Mexico was all over Canada, and Herrera managed to set up another clash with the US team.

The last edition of this tournament, back in 2019, saw Mexico defeating the Yankees in the finals, 1-0, thus winning the title.