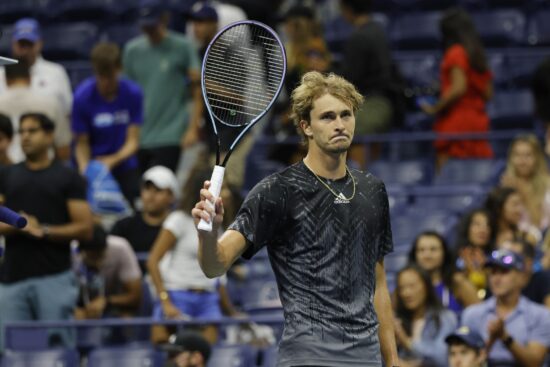 After Naomi Osaka’s exit, the other big favorite for the title in the women’s part of the draw, Ashleigh Barty, suffered elimination at the Flushing Meadows. The Australian lost against Shelby Rogers.

Meanwhile, in the men’s part of the draw, the reigning Olympic champion, Alexander Zverev, advanced to the next stage as Jack Sock forfeited the match.

The 28-year old was extremely motivated before this match. She had five losses against Barty in five meetings, four of them this season. And in the end, things worked out perfectly for the American who broke the curse at her own soil.

Rogers made a massive comeback in the third, decisive set, erasing a 5-2 deficit to win after a tie break. The final result was 6-2, 1-6, 7-6 for her, which triggered the second biggest surprise in the lady’s part of the tournament.

Barty continued the negative streak of the No.1 seeds at the US Open, with the previous one reaching the final being Serena Williams in 2014. On the other side, Rogers is the last American in the competition.

The No.1 favorite for the silverware now is Aryna Sabalenka +300. The Belarusian is in a perfect position to reach her first Grand Slam trophy, with two of her biggest opponent out of the way. The 2016 champion, Angelique Kerber, is +600 to lift catch the silverware, the same as Karolina Pliskova, who is always near the Grand Slam title but never managed to reach one.

The Canadian prospect, Dennis Shapovalov, lost to Lloyd Harris last night, 6-4, 6-4, 6-4. The No.7 seed didn’t have the proper solution for the South African, who played arguably his best tennis this season. Shapovalov was a dark horse and someone who could challenge Novak Djokovic.

Meanwhile, Alexander Zverev saw his rival, Jack Sock, withdrawing because of an injury. Sock won the opening set, but after that, he injured his thigh. The Olympic champion was ruthless after that, winning the next two sets before Sock decided to quit. In the end, the result was 3-6, 6-2, 6-3, 2-1.

The American player looked quite solid on the court until that injury, and honestly speaking, Zverev was constantly on the backfoot, without any initiative. If it weren’t for that injury, things would be much different.

Novak is still the biggest favorite to win the title, -195, with Daniil Medvedev coming next at +200. Zverev is +450, and the next one on the list comes at +2500, Matteo Berrettini. The young Carlos Alcaraz, who eliminated Stefanos Tsitsipas, sits at +3300, while Harris has the lowest chances of all the remaining players in the draw, +15000.