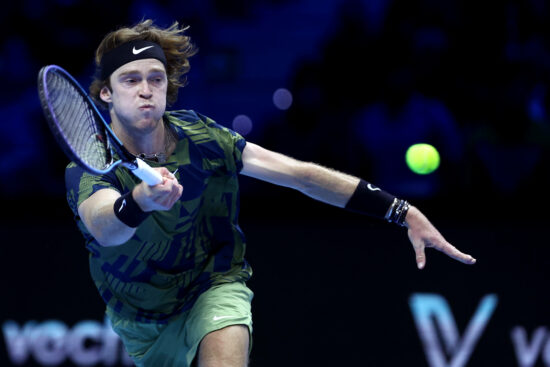 If you’re looking for the latest ATP Tour Finals predictions and odds, then look no further than Vegas Odds.

The top eight male players in the world of tennis will be in action in Turin, Italy, over the next five days, as the Tour Championship will be handed out. Players will compete in round-robin games before the top two from each of the respective groups progress through to the semi-finals. However, which player will win the ATP Tour Finals in 2022?

The ATP Tour Finals are already in full swing, as the first big shock elimination has already occurred after Rafael Nadal was knocked out. However, the high-quality tennis action will continue, leading up to the final on Sunday. Casper Ruud has already made it through to the semi-final stage, after picking up victories against Aliassime and Fritz in his opening two matches.

The Norwegian certainly looks like solid value, but he will likely come up against either Daniil Medvedev or Andrey Rublev in the next round. Still, his form at present is exceptionally strong. However, he is yet to record a career win against Medvedev.

It is likely that the winner will come out of the Red Group, with Medvedev, Rublev, and Novak Djokovic competing for the top spot. The latter of the stars will be looking to set a new record for most end-of-season tour wins. The Serbian got off to the best possible start in his opening match, with a straight sets victory against Tsitsipas.

However, Djokovic is exceptionally short in the betting to land victory in the event this year. Therefore, there could be better value in siding with one of the two Russian players competing in the Red Group.

Medvedev looks like a very strong contender, as he bids to successfully defend his title this year. But, he can’t afford another defeat after losing to Rublev in his opening match. Therefore, the preference is for his compatriot, who already has a winning record against Ruud, and could push Djokovic all the way in the final.