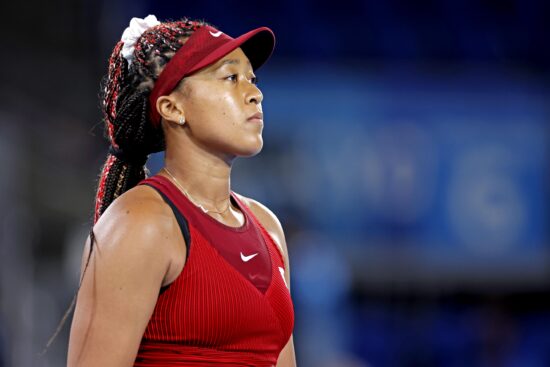 The final Grand Slam of the tennis season is fast approaching, as the US Open gets underway on August 30th. Novak Djokovic will be looking to complete the Grand Slam in the United States, while the women’s event looks set to be wide open. However, which players could go into the Grand Slam with momentum behind them?

The round of 64 in the women’s half of the Cincinnati Masters gets underway on Monday. Naomi Osaka comes into the event as the outright favorite to win the event. The 23-year-old returned to action at the Olympic Games in Japan after missing Wimbledon earlier in the summer. However, she wasn’t able to get her hands on the gold medal, as she lost in the third round.

Osaka reached the final of the Cincinnati Masters last year but was forced to retire, which allowed Victoria Azarenka to win her second title. Garbine Muguruza is another returning champion in the mix this year, as the Spanish star won this event in 2017.

Aryna Sabalenka’s season has gone from strength to strength. She reached the semi-finals of Wimbledon earlier in the summer and comes to Ohio as the third-highest ranked player in the world. She has won ten career titles and could be primed to add to that collection ahead of her US Open campaign getting underway.

There will be a very open Men’s Cincinnati Masters this year. Novak Djokovic won’t be involved before the start of the US Open, while Rafael Nadal and Roger Federer have also both pulled out.

However, there is still a firm favorite in the betting, as Daniil Medvedev leads the way. The Russian player won this event back in 2019, and comes into this year’s event in excellent form having recently won the National Bank Open. He overcame Reilly Opelka in dominant fashion in the final, winning 6-4, 6-3.

Alexander Zverev may be his leading rival for the win, as the Olympic gold medallist comes into the event this week in excellent form. He has achieved career-best performances at the French Open and Wimbledon this season and reached the final of the US Open last year.

However, we would be willing to take a chance on a player at a bigger price. Matteo Berrettini has been in excellent form over the past couple of months. After reaching the quarterfinals of the French Open, he won Queens, before finishing second at Wimbledon. His power could be a decisive factor in Ohio in this event.