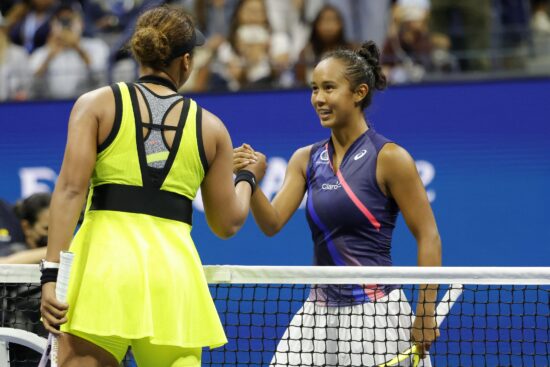 Osaka was the second seed in the lady’s competition, while Tsitsipas held the third seed in the men’s part of the tournament. Title odds changed severely following these two occurrences.

Osaka To Take a Break From Tennis

The Japanese champion, and the two-time US Open winner, Naomi Osaka, have decided to take a pause following the latest loss to Leylah Fernandes. In an interview following the contest, Osaka, who already had certain troubles with mental issues, stated that she intends to move away from tennis for a while and see what to do next in her life.

A 1-2 loss to 18-year old Fernandes, 7-5, 6-7, 4-6, is arguably the biggest sensation so far in the lady’s part of the draw, and without a doubt, the biggest result for the young Canadian. She will face Angelique Kerber in the next round, where she also heads as an underdog. The odds on her win are +250, while the 2016 US Open winner’s triumph is valued at -300.

Without Osaka in the picture, things have changed in the women’s competition. Barty is still the top favorite for the title +210, and the second in the list is the Belarus, Aryna Sabalenka, +400. Kerber is the third candidate to win the trophy, +800, and after the German come, Karolina Pliskova, +1100, Barbora Krejcikova, +1200, and Garbine Muguruza, +1400.

Fernandes’ victory at Flushing is priced at +6600, but if she eliminates Kerber, these numbers will be much better.

The fans in New York were wildly rooting for the young Spanish player, Carlos Alcaraz, in his matchup against the No.3 seed, Stefanos Tsitsipas. In the end, there was an eruption of joy once the youngster defeated the Greek after five rough sets, 6-3, 4-6, 7-6, 0-6, 7-6. Along with Osaka’s loss, this is the biggest surprise of the tournament.

Tsitsipas was annoying the fans at Flushing with his long toilet breaks in the moments when things didn’t go well for him on the court. Against Andy Murray in the first round, the Greek stayed in the bathroom for so long that the Scot went wild, adding that he has no respect towards the younger colleague anymore.

Tsitsipas was on the ropes back then but eventually managed to win. A similar situation happened after that once more, and the fans were starting to dislike the 23-year old.

Alcaraz, however, is a new star now. The 18-year old gained the affection of the public and will now try to eliminate Peter Gojowczyk in the next match. He is a massive favorite to win -400.

Overall, Novak Djokovic is the favorite to win the title, -205; Daniil Medvedev is second, +200, while the recent Olympic champion, Alexander Zverev, comes third +450. These three are way ahead of all other rivals.