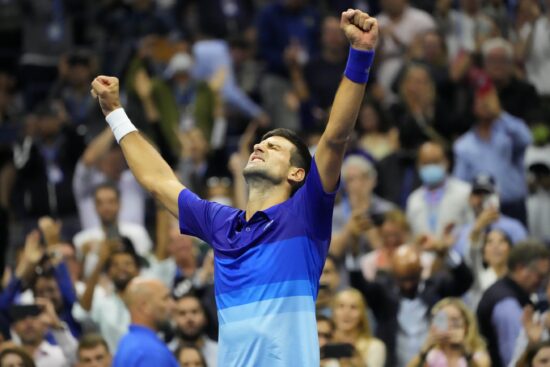 Novak Djokovic got even with Alexander Zverev for the Olympics’ loss, but that won’t matter much if the Serb doesn’t win the final match in New York. His rival will be Daniil Medvedev, who is without a Grand Slam trophy so far.

The match on Sunday is one of those historic, and we could easily witness something that changes the entire tennis landscape.

The contest between these two was more than exciting, and as everyone imagined it. Zverev didn’t want to back down even in the moments when Novak had a lead and was on the rise, pushing his big rival to the brink.

Losing the first set has become a tradition for the Serb, who once again allowed the rival to take that sequence. One breakpoint was enough for the German to seize that part of the contest.

The Serb responded strong, immediately making a break in the second set and stopping Zverev’s swing. He would easily claim the second set and the third one following a strong resistance coming from the other side. Zverev responded in the fourth, but in the decisive fifth, there was nothing for him to hope for.

Medvedev Without Any Trouble Against Auger Aliassime

Medvedev eliminated the young Canadian prospect, Felix Auger Aliassime, in 124 minutes of play, beating the rival in straight sets – 6-4, 7-5, 6-2. It was his second win over this opponent so far, but a very valuable one.

Medvedev is in his second US Open finals. The first one in 2019 ended with him failing to win the trophy and Rafael Nadal ending up victorious.

Medvedev was a massive favorite against young Aliassime, and he proved that status. The only part of the match when he struggled was the second set, when the Canadian wasted a 5-2 lead. That demoralized the youngster whose intensity of play significantly dropped in the final set.

Bookmakers on Djokovic’s Side

Their latest meeting was in the Australian Open finals this year, and the Serb won in straight sets, 7-5, 6-2, 6-2. However, two of Medvedev’s more recent wins were on the hard surface.

We are expecting to see a really colossal matchup, as Djokovic already stated that he would play “as if it is the last one in his career.” Medvedev’s ambitions are the same, his lust for the first Grand Slam trophy and crave for recognition will undoubtedly fuel the Russian, which is why this contest needs to be seen.