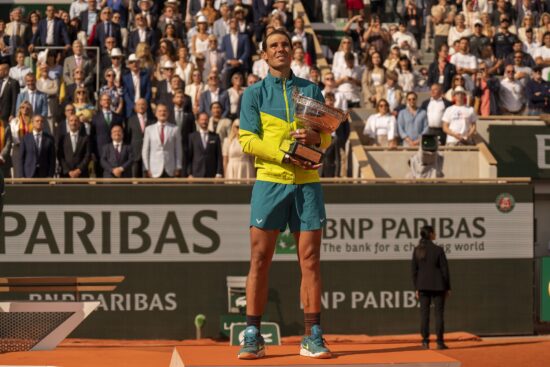 Why Could Big Stars Be Missing This Year?

It was announced late last month that ranking points will not be available to players that excel at Wimbledon this year. The decision was made by the WTA and ATP after the organizers at SW19 announced that they wouldn’t allow Belarusian or Russian players to compete following the invasion of Ukraine. The announcement was met by condemnation from a number of leading stars, including two-time Wimbledon champion Andy Murray.

He said it was not a ‘great move’ by the WTA and ATP. However, the decision has also led to question marks when it comes to the participation of some of the best players. Naomi Osaka was among the most vocal, as she revealed that the prospect of no points could lead to a boycott. But, recent reports have emerged claiming that a compromise between Wimbledon officials and the WTA and ATP could lead to half the points being awarded.

The men’s draw for Wimbledon this year could be the most open that it has been for many years, as there are a few questions for the top three players in the betting to answer. Novak Djokovic will be the favorite for the Grand Slam, as he looks for a fourth straight title. However, the Serb certainly hasn’t been able to reach the same levels as before the saga centering around his dismissal from the Australian Open earlier in the year.

Rafael Nadal may have won each of the previous two Grand Slams, but he could be forced to miss out on Wimbledon this year as he still suffers from long-standing foot injuries. Carlos Alcaraz would certainly be a gamble, as the Spanish star has never made it past the second round, and all his better form comes on the clay. But, he is certainly a player on the rise.

Instead, there could be value in last year’s runner-up Matteo Berrettini. The Italian pushed Djokovic to four sets last year and has a career-best win percentage of 77% at the Grand Slam.

The women’s Wimbledon draw looks set to be a wide-open affair again this year. The defending champion, Ashleigh Barty, retired from the game after her Australian Open win, and would have likely been an outstanding chance if she was returning this year. Once again, it looks to be a competitive betting heat and another one that I would be keen to look outside the leading contenders.

Iga Swiatek is a deserving favorite after her heroics at the French Open, as she won a second Grand Slam title. However, her lowest win percentage in Grand Slam events comes at Wimbledon, as she has a 60% success rate, and has never made it past the fourth round. Question marks are also there regarding the chances of both Naomi Osaka and Emma Raducanu.

The value could easily lie with Karolina Pliskova and Petra Kvitova towards the top of the betting. Pliskova was beaten in the final last year, while Kvitova has won two titles since 2011. However, Cori Gauff would be our pick in the ante-post market, as the American star looks to be edging closer towards a Grand Slam success. She was beaten in the final of the French Open but holds a solid 75% win rate on the grass of SW19.