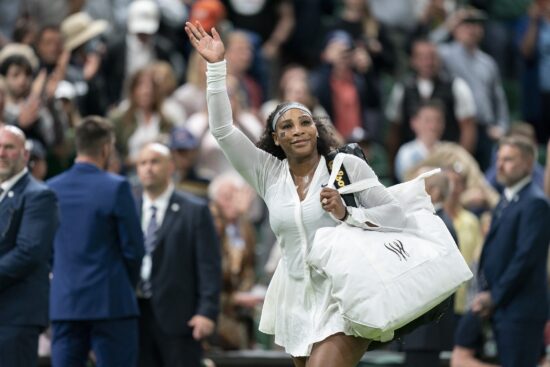 A day that many knew would come has finally come, as Serena Williams is to put down her racquet after the upcoming US Open later this month. It already looks to be a fitting end for the American, as she famously burst onto the scene in the same Grand Slam when winning the title in 1999. But, hopes will now be high that the 40-year-old can bow out in style and land that elusive 24th Grand Slam title to equal the record set by Margaret Court.

Can Serena Williams Win The US Open?

Serena Williams was a massive outsider in the betting when we studied the odds for our Women’s US Open preview. However, the news of her retirement has already impacted the betting markets, as she is now priced at +1600 with BetOnline. That price makes her the current joint fifth favorite to land a 24th Grand Slam title.

It certainly helps her case that she was able to get back to winning ways at the Canadian Open, as she won an individual match for the first time in over a year. She looked incredibly strong in the round of 64, as she breezed past Nuria Parrizas-Diaz in straight sets, recording seven aces and winning three of the five break points. She will face a tougher test in the Round of 32, as she comes up against 12th seed Belinda Bencic on Wednesday evening.

It is hard to put into words just how much Serena Williams has done for the sport throughout her career. She inspired many of the top players in the current world rankings, with many citing her as an inspiration to pursue a career. Williams is considered by many to be the GOAT, with Roger Federer admitting that she was the ‘greatest of all time, man or woman’.

Her records on the court are unrivaled in the Open Era, winning a total of 23 Grand Slam titles, and redefining the game in a much more competitive era than the Open Era. Williams has also won four Olympic golds, as well as having her story immortalized in the 2021 film King Richard.

Williams has been unapologetically herself throughout her career, speaking up on many major issues, including the mental health problems she suffered after giving birth to her daughter Alexis Olympia Ohanian Jr. The fact that she was even able to get back on the court after the health complications is a staggering feat that few could have managed.

Signing off at the very top is something that very few sportspeople have managed throughout their career. But, Williams, a star that won the Australian Open while pregnant, is an anomaly. Nothing would be more fitting than the 40-year-old lifting the trophy that first landed her Grand Slam glory back in 1999. While it may not be the head supporting Williams at Flushing Meadows, the hearts of millions of fans will be roaring her on, as history awaits.