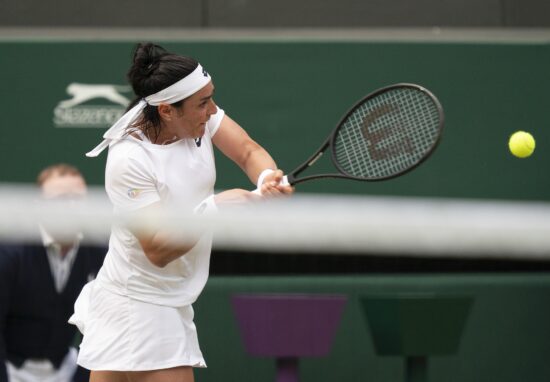 The action at SW19 reaches the business end on Wimbledon Day 9, as the quarterfinals finally get underway in the men’s and women’s draws. Novak Djokovic will take on tenth seed Jannik Sinner, while Ons Jabeur will be looking to make history and reach a first Grand Slam semi-final when she takes on Marie Bouzkova.

The big match of the day at Wimbledon comes in the form of the showdown between Novak Djokovic and Jannik Sinner. Djokovic remains on a collision course with Rafael Nadal, as the two legends could meet in the final at Wimbledon on Sunday.

However, the Serbian must first successfully navigate this tricky-looking test against Sinner. Djokovic has been relentless throughout the tournament to this point, as he has dropped just two sets in the four matches that he has played. He once again showed his dominance in the round of 16 match against Tim van Rijthoven, as he eventually managed to win in four sets. Djokovic won 127 points in that match, and converted on six of his 17 break point opportunities.

Jannik Sinner is very much the future of the men’s game, which means that there was a packed house to see his showdown against Carlos Alcaraz on Centre Court on Sunday. The Italian prevailed as he bounced back from defeat in the third set tiebreak to win in four sets.

This has already been another strong display by the Italian, as he has built on his run to the quarterfinals of the Australian Open earlier in the year. There have been few more consistent players throughout 2022, and despite holding a losing 0-1 record in head-to-head games against Djokovic, there could be value in siding with the Italian in the handicap market on Tuesday.

Ons Jabeur is now the favorite to win the women’s title at Wimbledon this year, and if successful, she would make history as the first Arab woman to win a Grand Slam title. This is the second straight year that the 27-year-old has reached the quarter-final stage, but she will be looking to banish the ghosts of last year’s defeat in this round.

She has certainly showcased her excellent grass form already this summer, as she is yet to drop a set. Her best win came in the previous round, as she managed to see off Elise Mertens in straight sets. However, she needed a tie break to win the first set, before winning the second 6-4. Jabeur won an impressive 37 points when receiving, and broke Mertens’s serve on four of the seven opportunities that she had.

I have really enjoyed Marie Bouzkova’s run to this stage of the Grand Slam this year. This has been her best run in a singles event at a Grand Slam, but she is no stranger to the big occasion, having won three doubles titles. Bouzkova has played her best tennis throughout the event this year and has dropped just one set.

She has already knocked out two seeded players, which includes her victory against Danielle Collins in the opening round. The 23-year-old produced some excellent shots once again in the round of 16 as she beat Carolina Garcia in straight sets. This will be the first meeting between the pair, but we could see all three sets are needed to determine the winner.