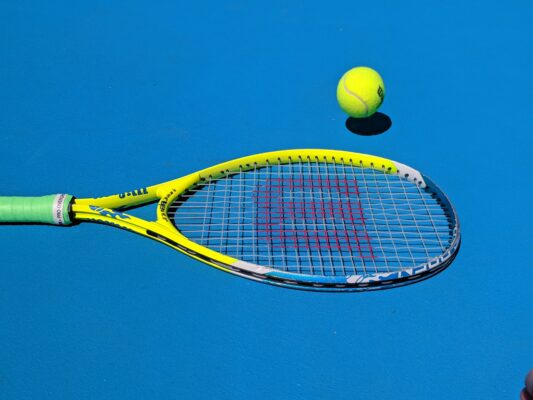 Picture via @jojog1208 on Unsplash

While the Grand Slams for the year may be over, the tennis action doesn’t stop. One of the biggest events before the end of the year is staged in France, as the Rolex Paris Masters gets underway on Monday, October 31, 2022. You can find out more about the event and find the latest tennis odds here.

The Paris Masters is one of the big tennis events on the calendar in between the US Open and the Australian Open. It is also a very lucrative ATP Tour event, with just over $3 million available in the prize purse. This event was first staged on tour in 1969, and this year’s edition will be the 50th time that it has been competed. It also holds a special place on the calendar, as it is the final event that is held before the ATP Finals, which brings the curtain down on the season.

The event has been staged at AccorHotels Arena since 1986. Prior to then, it was held at Stade Pierre de Coubertin.

Only four players in history have won both the Paris Masters and French Open, with Ilie Nastase becoming the first in 197. Meanwhile, Andre Agassi, Roger Federer, and Novak Djokovic have since matched that feat.

The official list of players that will compete in the event is yet to be announced, but being an ATP 1000 event, we expect to see some of the world’s best. Novak Djokovic will be one of the standout contenders this year, as the Serbian has won the Paris Masters on six previous occasions. He also won the event on three occasions between 2013 and 2015.

Daniil Medvedev looks to be his biggest danger at the event this year. The Russian previously won the event in 2020, and he was beaten in the final last year by Djokovic. Given that the event is played on the hard court, it would appear difficult to look past Carlos Alcaraz, who was crowned US Open champion for the first time in his career in the middle of September.

A number of the world’s best players will be involved at the Paris Masters, as they look to build momentum before the ATP Finals. However, there could be value in opposing Djokovic, whose lofty standards have dropped in recent months. Therefore, the value play could be on Alcaraz, who was sensational at Flushing Meadows.