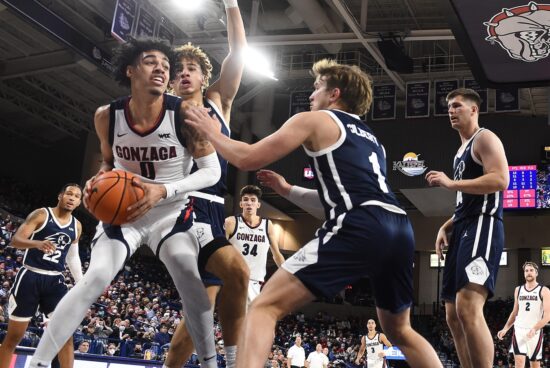 The Gonzaga Bulldogs made it all the way to the Championship game last year before falling to the Butler Bears. The Texas Longhorns on the other hand fell in the round of 64 to Abilene Christian. Texas has had a long offseason to assess not only what went wrong, but how they can improve during the 2021-2022 season. Despite the early exit, Texas is ranked in the top five, and ready to give Gonzaga a great game on Saturday night.

Texas Gets to See What Kind of Team They Have

The Texas Longhorns are traveling to Spokane for an early-season top-five matchup. After their season-opening win over Houston Baptist, 92-48, Texas will find out what kind of team they have very early on this season. In their win on Tuesday night, four out of their five starters scored in double digits, and two of their bench players were able to contribute with double-digit scoring efforts as well. The Longhorns senior guard, Courtney Ramey led all Texas scorers with 14 points. Seniors Christian Bishop, Marcus Carr, and Andrew Jones all had double digits as well. Bishop had 10 points, Carr had 10 points, and Jones added 11 points. The Longhorns have a lot of experience, with all five of their starters being seniors.

Gonzaga Needs to Prove Why They Are Number One

The Gonzaga Bulldogs opened their season on Tuesday night with a convincing 97-63 win over Dixie State. A game that everyone knew that the Bulldogs were going to win, and they did what they were expected to do. Like the Longhorns, four out of the five Bulldogs starters were able to score in double digits, with the sophomore guard, Julian Strawther leading all Bulldog scorers with 17 points. Senior guard Rasir Bolton scored 15 points, freshman center Chet Holmgren added 14 points and junior forward Drew Timme added 11 points.

Fans are in for a treat with another top-five matchup on the opening weekend of the season. The east coast fans are a bit unlucky as both of these top five matchups are late starts, though has promised to be worth the lack of sleep. I’m looking for a close game between these two powerhouses, with Gonzaga ultimately coming out on top.