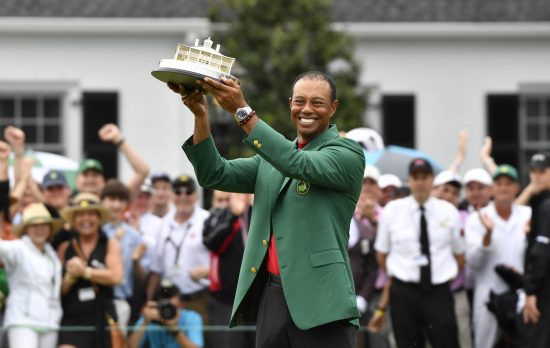 The first-ever Masters event to take place in November gets underway this week, and while the major may be taking place in an unusual date, there is still set to be a huge couple of days of action for fans to enjoy. But, which golf bets should gamblers be looking at for one of the biggest events of the year?

History of the Biggest Major

There aren’t many sporting events that can get close to the prestigious Masters. There is something special about Augusta, and there is a certain magic that can be felt at this major that can’t be experienced at any of the other huge events across the season. Some of the moments that haven’t happened at The Masters over the last couple of years have been etched into the brains of golf fans, with the most recent huge success coming last year as Tiger Woods produced one of the greatest sporting comebacks of all-time to win this event.

That success for Woods was the fifth time that he won this major, with only Jack Nicklaus having won The Masters more often. It is typically one of the hardest events to win in consecutive years, with Woods being one of few players to achieve that feat back in 2002. Patrick Reed won the event in 2018, while Sergio Garcia and Danny Willett won the events in 2017 and 2016.

The iconic course often springs a surprise on gamblers, as 14 of the previous 19 winners have won a major for the very first time. However, you shouldn’t be looking to low down in the market, as the winners of the last 34 majors on the golfing calendar have been won by a player inside the top 50 in the rankings. However, there is typically value in the betting, with the lowest price winner in the past five years coming in 2015 as Jordan Spieth won at +1300.

Typically, the winners of The Masters have had experience around the course, with Reed winning on his fifth attempt for the first time and Garcia winning at the 19th opportunity. That means course form is a serious consideration that should be taken into account, which means Reed and Woods could both offer potential profit for gamblers.

DeChambeau will be an easy selection to side with, as he is still in top form having dismantled the competition at the US Open. However, his price could be too short for some. McIlroy will be looking to win the only major that has evaded him thus far, and he has played at The Masters on 12 occasions, which highlights that he knows the course well.

Xander Schauffele will be a decent each-way choice, as he finished second in The Masters last season, and has a reputation for finishing in the top ten of majors. Tyrrell Hatton could also be a decent each-way selection at +2800, as he will be in excellent form after recently winning the BMW PGA Championship.