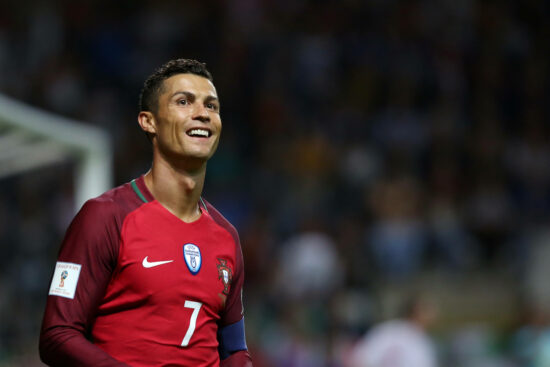 Today’s World Cup predictions include free picks courtesy of Vegas Odds for Switzerland vs Cameroon, Uruguay vs South Korea, Portugal vs Ghana, and Brazil vs Serbia.

As usual, eight teams go onto the field today in four different games. The action starts at Al Janoub Stadium where Switzerland take on Cameroon in a Group G clash.

Three hours later, a Group H game between Uruguay and South Korea kicks off, followed by Portugal vs Ghana. The final game of the day is Brazil vs Serbia.

So, without further ado, let’s get stuck in and give you our breakdowns for today’s World Cup predictions.

There are a couple of exceptional players on Cameroon’s roster, starting with Napoli’s Andre Zambo Anguissa who’s playing the best soccer of his life in 2022. Then, there’s Eric Maxim Choupo-Moting, a 33-year-old veteran who has scored 10 goals in his last 10 games for Bayern Munich.

The Swiss might not have such shiny stars on the roster, but they work great as a team. The evidence of this is that they got to the 2022 World Cup without losing a single game in the qualifications. They also did great in the UEFA Nations League, beating Spain in September and Portugal in June.

Uruguay, on the other hand, have plenty of high-profile players, all of which seem fit and ready to play today.

Edinson Cavani is the only one who’s reportedly struggling with fitness, but even if that wasn’t the case, he’d probably stay on the bench. Why? Because Uruguay have better strikers than him, most notably, Liverpool’s mega-money summer-signing Darwin Nunez.

A few days ago, Manchester United decided to release Cristiano Ronaldo from the club. The news has probably affected the atmosphere in Portugal’s locker room.

Still, even with their morale plummeting, Fernando Santos’ boys should have zero problems beating Ghana today.

The Brazil national team looks incredibly strong, especially in the final third. With Neymar, Vini Junior, Richarlison, and the like, Brazil seem capable of outscoring any team on the planet.

What’s got to worry Brazil fans is that this team isn’t as strong in other areas. Their midfield doesn’t look too powerful, while their defense has some weaknesses that could cost them in the game against Serbia.

Their full-backs aren’t great either, but their starting center-back pairing of Thiago Silva and Marquinhos, who isn’t the tallest of players, could play into their opponent’s hands. The reason is that Serbia is the tallest World Cup team with an average player height of well over six feet..