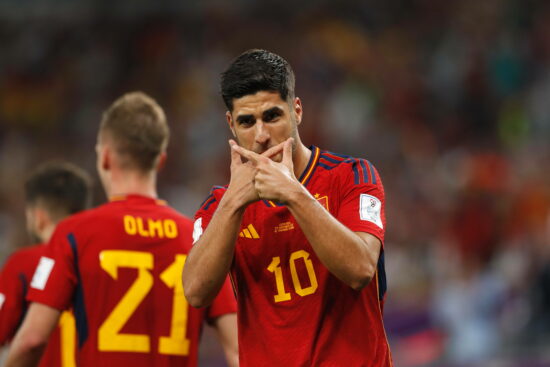 Today’s World Cup predictions include free picks courtesy of Vegas Odds for Japan vs Costa Rica, Belgium vs Morocco, Croatia vs Canada, and Spain vs Germany.

There are four games on the schedule today with the pick of the bunch likely to be Germany’s do-or-die matchup against 2010 champions Spain, which will be the latest game of the day.

Elsewhere, Japan vs Costa Rica will kick the day’s action off before Belgium take on Morocco and Croatia go head-to-head with Canada.

After beating Germany 2-1 earlier in the week, Japan were responsible for one of the World Cup’s biggest upsets so far, and we expect them to continue their streak in their next game.

Costa Rica were undoubtedly the worst team from the Group’s first fixtures. Sure, they played a far superior Spain team, but Costa Rica were woeful in every department.

From Japan’s perspective, the Asian team will be relying on Eintracht Frankfurt’s Daichi Kamada to produce the goods.

Given the 26-year-old’s vast experience playing in one of Europe’s biggest leagues, we expect Kamada to answer in an emphatic style.

Belgium managed to survive a scare against Canada in their first group game.

The Red Devils were far from their best but surely that will change in their next game against goalless Morocco.

Midfielder Kevin De Bruyne, like the whole of Belgium’s team, put in a sub-par performance, but fans of the Premier League will know that the Manchester City man seldom puts in back-to-back stinkers.

So with that being said, expect the experienced playmaker to turn his form around in Sunday’s outing against Morocco.

Canada were desperately unlucky not to come away from their first matchup against Belgium with at least a point.

Assuming the Ontario-born winger starts again this weekend, we wouldn’t be surprised to see him get on the scoresheet and help his country go one better than they did earlier in the week.

What a game this one is going to be!

Germany, who suffered a shock defeat against Japan in their first match, are on the brink of being knocked out, and failure to topple Luis Enrique’s Spain will almost certainly seal their World Cup fate.

Spain, on the hand, were absolutely rampant against Costa Rica. Scoring seven goals, Espana’s first performance saw them surge up the outright betting charts, and rightly so.

While we don’t expect this game to be an easy night for either country, given both teams’ performances earlier in the week, it is impossible to back anything other than a win for Spain, we do expect both teams to score though.