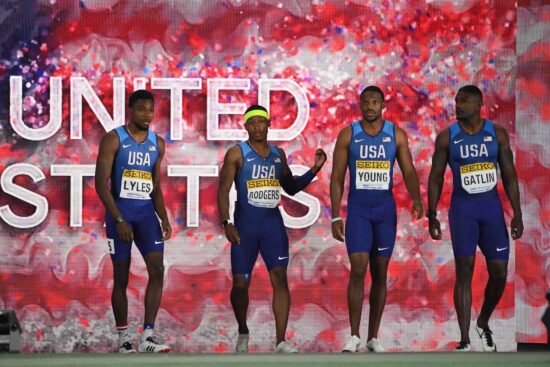 In a world filled with uncertainty, one thing is for sure; the Tokyo Olympics this summer will be unlike any Olympic Games in living memory.

With the world likely to still be in the throes of the Covid pandemic, chances are there will be reduced crowds – if there are any crowds at all – athlete numbers could well be tightened and with everything the world has been through over the past year, there will almost certainly be a different feel to the Games than usual.

However, despite the likely differences, there are certain to be some constants.

With athletes having had an extra year to prepare for Tokyo, almost all will have put the increased training time to good use and so it is possible we will see even more extraordinary feats than have graced previous Olympics.

The men’s 100m remains the blue riband event of the Olympic Games and this year’s event will have a very different look to it than the 100m finals in recent memory.

With Usain Bolt having won the last three Olympic 100m titles, all other sprinters were rendered also-rans.

However, the retirement of the Jamaican means there will be a new champion this summer. With reigning world champion and stand-out favourite, Christian Coleman, currently serving a suspension for a doping violation, there is a huge opportunity for whoever is able to take it.

Away from the track, Simone Biles made history at Rio 2016 by becoming the first female gymnast to win four gold medals at a single Games. By the time Tokyo rolls around this summer, she will still only be 24-years-old and having picked up five gold medals at the most recent World Championships, in 2019, the Texas native seems well on track to become the most-decorated gymnast of all time in Tokyo, overtaking Belarus’ Vitaly Scherbo who accumulated 33 global championship medals throughout his career.

A successful Olympics would be even more meaningful for Biles and her supporters as it will be her first major championship appearance since revealing she was one of the victims of sexual abuser and former national team doctor, Larry Nassar.

The pool is traditionally one of the USA’s most fruitful venues when it comes to Olympic silverware and the Tokyo Aquatics Centre is likely to be no different.

Floridian Caeleb Dressel will head to Japan with his sights firmly set on claiming his first individual Olympic titles to add to his two relay golds from Rio. Certainly, his 13 world titles since his Olympic debut bode well for what he could do in Tokyo while Dressel’s compatriot, Katie Ledecky, will head to Japan with her focus on cementing her status as the most successful female swimmer of all time.

This summer’s Games is the first to include skateboarding and while many observers will be unfamiliar with the intricacies of the sport, it will likely not take long for it to gather strong support.

Nyjah Huston, the world’s highest-paid skateboarder, will be the one to look out for in the men’s street discipline as he attempts to win the first gold medal in his sport.

And despite still being a teenager, Huston’s compatriot, Brighton Zeuner, will be on the hunt to add Olympic gold to her X Games skateboard park titles.

So despite the disruption to the sporting calendar over the past year, there remains plenty to get excited about as Tokyo approaches. 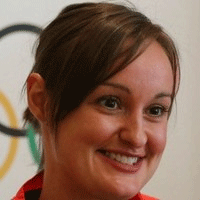 Susan Egelstaff Susan is a former world top-20 badminton player who represented Scotland at international level for over ten years, amassing almost 100 caps. She competed at three Commonwealth Games, winning two bronze medals and was also a member of Team GB at the London 2012 Olympic Games. She now is now a sports journalist for The Herald and Sunday Herald and also appears regularly on Radio Scotland.