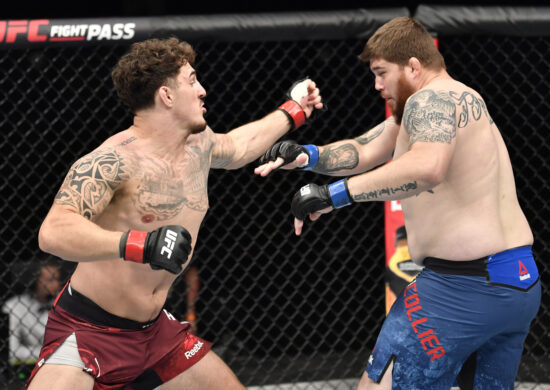 Following what has been another hugely exciting year for Dana White’s UFC, with the new year just around the corner, VegasOdds have taken a look at some of the best prospects to watch out for in 2022.

Unbeaten in all of his first four UFC fights, Metro Fight Club’s Adrian Yanez is set for a massive 2022.

The talented bantamweight, who currently boasts an overall professional record of 15 wins and just 3 losses, has already claimed victories over the likes of Randy Costa and veteran Davey Grant.

Despite currently being unranked in the 135 lb division, it is just a matter of time before 28-year-old Yanez breaks into the bantamweight’s top 15.

Although Yanez’s first opponent of 2022 is still unconfirmed, rising star Sean O’Malley has hinted at a potential showdown after calling the American out following his recent win against Raulian Paiva.

Despite being in the UFC since mid-2020, Sweden’s Khamzat Chimaev spent the majority of 2021 sidelined after contracting a nasty bout of COVID-19.

However, after returning to action to face China’s Jingliang Li at UFC 267 in October, Chimaev put on an incredibly impressive performance ending with a first-round submission victory.

Currently ranked at number 11 in the welterweight division, it’s safe to say that the unbeaten (10-0) and dominant Swede is one or two wins away from securing a title shot.

Best known for his sensational knockout victory over middleweight champion Israel Adesanya during a kickboxing bout back in 2017, UFC newcomer Alex Pereira has certainly captured the imagination of fight fans.

Bursting onto the scene earlier this year, Brazil’s Pereira made his promotional debut at UFC 268 when he faced Andreas Michailidis.

Despite having only fought four times in professional mixed martial arts, Pereira took to the octagon like a duck to a water and sealed a devasting second-round flying knee knockout win.

Currently unranked, a few more wins in 2022 for Pereira would certainly put the South American on a crash course to meet old-foe Adesanya for the second time in his career.

“A wise man once stood inside this very cage and said ‘we’re not here to take part, we’re here to take over.”

The striking sensation, who claimed an impressive first-round knockout victory against Williams with just one second left on the clock, is undoubtedly destined for very big things.

Currently unbeaten in his professional career, including eight wins, the former Cagewarriors champion is rightfully filled with confidence.

However, while he may not want to draw too many comparisons to fighting icon McGregor, should Garry continue 2022 in the same fashion he ended 2021 – it will only be a matter of time until the Irishman becomes a serious player in MMA.

There is no denying – the future is very bright for English heavyweight prospect Tom Aspinall.

The Brit, who made his promotional debut in 2020, is unbeaten in all of his first four UFC fights, with wins against Jake Collier, Alan Baudot, Andrei Arlovski, and most recently Sergey Spivak all included on his 11-2 professional record.

Hard-hitting Aspinall, who is currently ranked at number 10 in the heavyweight division, will be hoping to return to action as quickly as possible as he knows that a successful 2022 could see him awarded the chance to fight for the title.